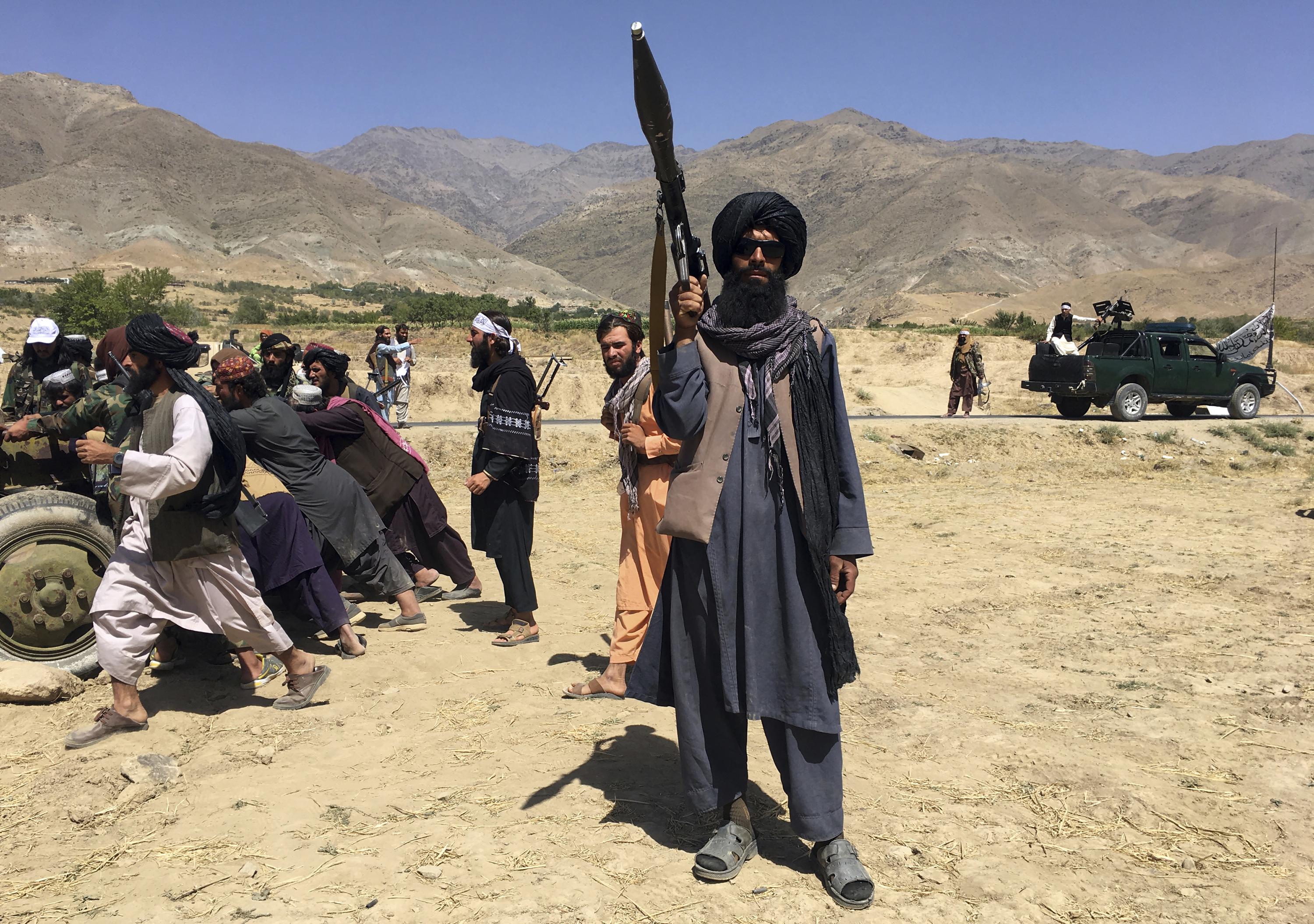 KABUL, Afghanistan — The Taliban flag waved over the Afghan presidential palace the same day the U.S. and the world marked the 20th anniversary of the Sept. 11 attacks.

The milestone anniversary Saturday takes place just weeks after the chaotic U.S. withdrawal from Afghanistan and the return to power of the Taliban, the faction that sheltered the Muslim militant group founded by Osama bin Laden that carried out the attacks.

The Taliban flag was raised Friday and could be seen waving over the presidential palace in Kabul on Saturday. The militant group also painted their white backdrop flag on the entry gate to the U.S. Embassy building.

The U.S. is set to mark the 9/11 anniversary with commemorations at New York’s World Trade Center, the Pentagon and a field near Shanksville, Pennsylvania.

Shuresh Saleh said his uncle Rohullah Azizi was going somewhere in a car Thursday when Taliban fighters stopped him at a checkpoint. “As we hear at the moment Taliban shot him and his driver at the checkpoint.” he said.

A message left with a Taliban spokesman Saturday was not immediately returned.

Shuresh Saleh said it was unclear where his uncle, an anti-Taliban fighter, was headed when the Taliban caught him. He said phones were not working in the area.

Amrullah Saleh led forces resisting the Taliban in Panjshir, which was the last holdout province to be overrun by Afghanistan’s new rulers.

Videos circulating on social media purportedly show Taliban opening fire on anti-Taliban fighters in Panjshir whom they have arrested.

— US gives 1st public look inside base housing Afghans

KABUL, Afghanistan — More than 250 foreign nationals have left Afghanistan in the past three days, says Zalmay Khalilzad, Washington’s special envoy and the architect of an often criticized deal with the Taliban.

The deal signed last year provided for the safe withdrawal of U.S and NATO troops but say his critics was heavily weighted in favor of the hardline-Islamic movement.

In a series of tweets Khalilzad praised both the Middle Eastern State of Qatar, whose national airline carried out the flights and the “Taliban’s cooperation in this important effort,” for the recent departure of foreign nationals from Afghanistan.

“We will continue to engage the government of Qatar, the Taliban, and others to ensure the safe passage of our citizens, other foreign nationals, and Afghans that want to leave,” Khalilzad tweeted.

However, hundreds of Afghans, including U.S. citizens and green card holders, remain stranded in northern Afghanistan’s Mazar-e-Sharif waiting to be evacuated but stopped by Taliban rulers demanding travel documents.