Today in “billionaires who have abused the system but are now trying to present themselves as modern day heroes,” news, Elon Musk took to Clubhouse yesterday to interview Robinhood CEO Vlad Tenev. Tenev has been the center of controversy after the commission free broker started limiting trades in names like GameStop and AMC, among several dozen other stocks, last week.

Jokingly referring to Tenev as “Vlad the stock impaler”, which is hilarious given the fact that Robinhoodies keep a perpetual dumb money bid under Tesla, Musk grilled the CEO on what happened with Robinhood in the week prior.

“The people demand an answer and they want to know the truth,” Musk, borrowing the faux-populist billionaire crown from Chamath Palihapitiya for the evening, said to Tenev.

Tenev explained: “Basically Wednesday of last week we just had unprecedented volume, unprecedented load on the system. A lot of these, you know, so-called meme stocks were, you know, going viral on social media, and people were joining Robinhood and there was a lot of net buy activity on them.”

Tenev said that “while he was asleep, at 3:30 a.m. Pacific time last Thursday, Robinhood’s operations team got a file from the National Securities Clearing Corporation (NSCC),” according to MarketWatch. 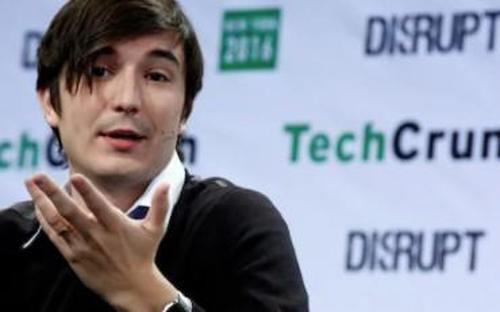 He continued: “We have to put up money to the NSCC based on some factors including things like the volatility of the trading activity into certain securities. And this is the equities business so it’s based on, stock trading and not options trading or anything else. So they give us a file with the deposit and the request was around $3 billion, which is, you know, about an order of magnitude more than what it typically is.”

When Musk asked about the $3 billion number, Tenev responded: “Robinhood up until that point has raised around $2 billion in total venture capital, up until now. So it’s a big number, like $3 billion is a large number, right? I wouldn’t impude shadiness to it or anything like that, and actually you know the NSCC was reasonable…they worked with us to actually lower it. So it was unprecedented activity.”

The demand was eventually dropped to $1.4 billion, Tenev said. After proposing to limit the most volatile stocks, Robinhood was able to get the NSCC to drop the number to $700 million, he claimed. “Part of what’s been really difficult is Robinhood stands for democratizing access for stocks, but we had no choice in this case,” he said, completing the blame-pivot to the NSCC.

He then explained why Robinhood allowed selling, but not buying: “The fact of the matter is, people get really pissed off if they’re holding stocks and they want to sell and they can’t. So that’s categorically worse.”

“Basically, what people are wondering is did you sell your clients down the river,” Musk concluded. Tenev responded by saying the cash raised will help them lift restrictions heading into the new week. “I think the question is, will the limits be high enough to the point where, they won’t impact 99.9-plus percent of customers. So if someone were to deposit $100 billion and decide to trade in one stock that wouldn’t be possible,” he concluded.

You listen to the full interview here: