Nothing seems to scare the establishment more than a return to ‘normal’. And by ‘normal’, we mean a return to an environment outside of the tyrannical control of career politicians and bureaucrats who have got a taste for this ‘being king’ stuff and know that anyone who questions their edicts will be ‘canceled’ by their Covidian cultists. 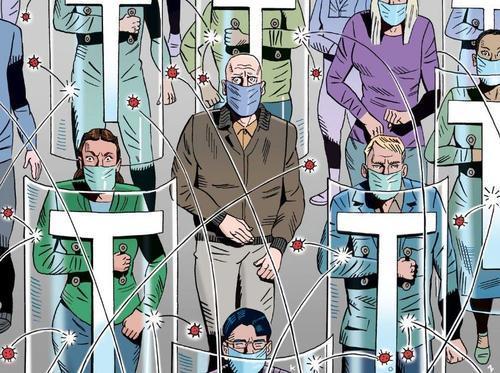 So, a week after Johns Hopkins surgeon, Dr. Marty Makary, penned an Op-ed in the WSJ saying that we will have herd immunity by April… and was instantly disavowed as ‘dangerous’, some awkward ‘facts’ and ‘science’ have been dropped by none other than FundStrat’s Tom Lee.

“…cumulatively and slowly, the US is seeing more states reach that combined level of vaccinations + infections approach what is seen as herd immunity.”

Lee’s “math” – which we also know is racist – appears to fit with Makary’s arguments for why the recent plunge in cases, hospitalizations, and deaths is not policy-related (no matter how much the politicians and their media lackeys push that narrative):

“Experts should level with the public about the good news…” exclaims Makary, and this data on imminent herd immunity puts more pressure on Fauci and Biden to come clean… despite their variant-fearmongering and “no return to normal until Christmas or beyond” predictions.

But of course, this reality may never be allowed in the national narrative, as Makary previously concluded:

“Some medical experts privately agreed with my prediction that there may be very little Covid-19 by April but suggested that I not to talk publicly about herd immunity because people might become complacent and fail to take precautions or might decline the vaccine. But scientists shouldn’t try to manipulate the public by hiding the truth. As we encourage everyone to get a vaccine, we also need to reopen schools and society to limit the damage of closures and prolonged isolation. Contingency planning for an open economy by April can deliver hope to those in despair and to those who have made large personal sacrifices.“