This is the last American soldier to leave Afghanistan – CBS News 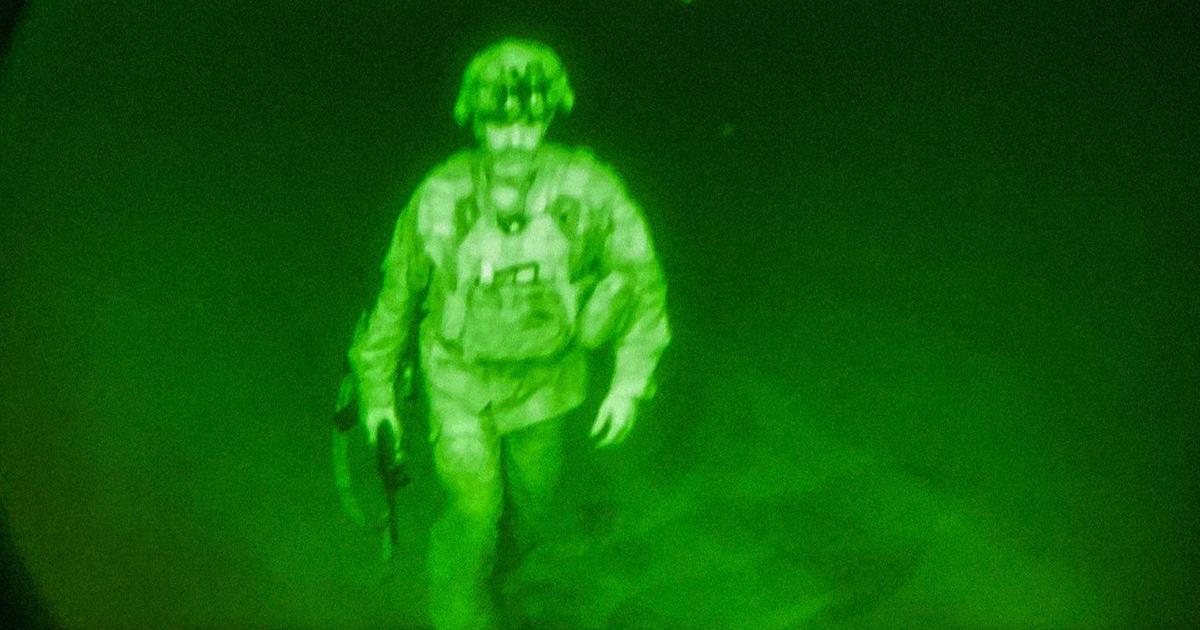 The last soldier to leave Afghanistan on the day the U.S. concluded its 20-year war has been identified as Major General Chris Donahue, commander of the U.S. Army 82nd Airborne Division, XVIII Airborne Corps. Donahue was one of the commanders on the ground leading the evacuation mission.

The Defense Department’s communications wing, DVIDs, released a photo of Donahue boarding a C-17 cargo plane at the Hamid Karzai International Airport in Kabul, Afghanistan. Also on board was Chargé d’affaires Ross Wilson.

Donahue and U.S. Forces Afghanistan Forward commander Rear Admiral Peter Vasely ran the evacuation operation that started August 14 and evacuated more than 122,000 individuals, including 6,000 U.S. citizens. McKenzie admitted Monday that not everyone who wanted to get out of Afghanistan got out, but said he was proud of the U.S. troops who, under the leadership of Donahue and Vasely, evacuated so many.

President Biden said he would address Americans on Tuesday about the decision not to extend the U.S. mission past the deadline, even though some Americans and at-risk Afghans were unable to evacuate.

U.S. forces have “demilitarized,” or rendered useless, the military equipment it left behind, including dozens of military vehicles and aircraft, amounting to billions of dollars worth of equipment.

Defense Secretary Lloyd Austin said in a statement on Monday that Americans “must remember the citizens whom we serve and the nation that we defend.”