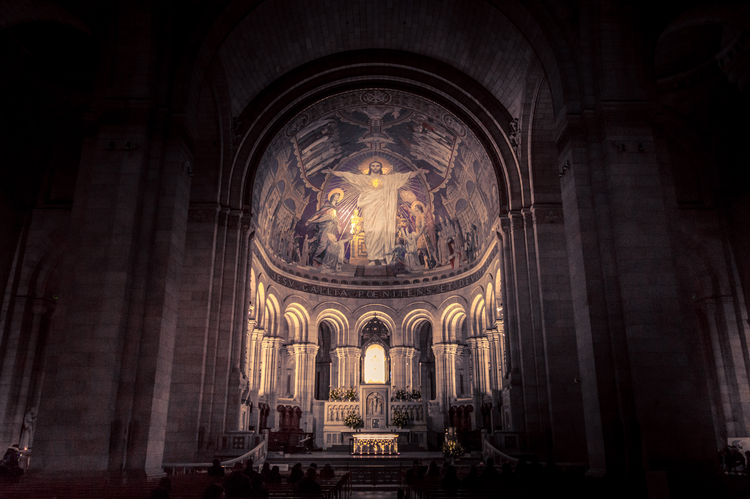 A Reflection for the Twenty-sixth Sunday in Ordinary Time

Not long ago, in a theology on tap session, a parishioner was surprised—maybe even a little delighted—to learn that the Mass we celebrate in the parish is closer to the church’s ancient liturgy than the one retired in 1963. She has relatives who eschew it for what they call the traditional Mass. “Heavens,” I told her. “The Mass Luther set out to reform was older than that. The Tridentine Mass was only standardized after the Reformation by Pope Pius V, and many of its layers were medieval, not patristic.”

Here is a layer in both liturgies that is quite ancient: pronouncing in the eucharistic prayer the names of bishops who stand in communion with one another. In the Roman rite, Tridentine or current, this practice is abbreviated. We pray for our local bishop and the bishop of Rome, the idea being that if our local church stands in union with Peter, it stands in union with the entire Catholic Church.

In the first centuries of the church’s life, great issues still divided the faith. Was Christ truly God? Was he less than or equal to God the Father? Did he have a human will? A divine will? Or both? Church councils were called to settle these matters, but, like many conflicts, they continued to simmer. Bishops would write letters to each other, called libelli, explaining how they understood the faith, showing that they had every right to be seen as being in full communion with the Catholic Church. Bronwen Neil and Pauline Allen have published several of them with commentary in Conflict & Negotiation in the Early Church (2020).

Too often we are willing to close off dialogue with anyone who even appears to disagree with us.

Quite often, those letters mention diptychs. These were two tablets—hence the name—placed upon the altar, listing bishops who stood in communion with one another so that they would be included in the eucharistic prayer. Thus, one church would pray for others throughout the Catholic and orthodox world.

For example, in a fifth-century letter, Egyptian leaders address the emperor at Constantinople, seeing both churches as united through the ministry of the Roman Church. Alexandria feels that its faith has been unfairly judged by Rome and asks the emperor to take up the matter with the bishop of Rome, who had previously determined

that Dioscorus, Timothy, and Peter, former archbishops of our city, believed things contrary to this faith, and that their names should not be mentioned in the diptychs. We have demanded the opposite; that either those who oppose them should be produced who can assert and demonstrate that they oppose them…

or, if Alexandria be vindicated, the names of its past and current archbishops should again be included in the diptychs.

These ancient church leaders took seriously their Lord’s desire, expressed in his own high priestly prayer the night before he died, “that they may all be one, as you, Father, are in me and I in you” (Jn 17:21). They understood communion in faith, prayer and sacrament to be an ever-constant command and challenge. Hence all those libelli, pleading with other bishops for their understanding of the Gospel.

Many people do not seem to believe that the veracity and charity of their social media postings will someday be judged by God.

Our contemporary church and society could learn a lesson from these letters. Too often we are willing to close off dialogue with anyone who even appears to disagree with us. Has social media exacerbated this or merely brought it to the fore? Either way, many people do not seem to believe that the veracity and charity of their social media postings will someday be judged by God.

Our grandparents would have blushed with shame to shun their pastor—pope, bishop or priest. The same was true of presidents and elected representatives. They did not necessarily agree or understand, and they voiced their opposition. In the 1930s, children of privilege would have often heard their parents heap scorn on Franklin Roosevelt. Still, previous generations saw these offices, ecclesial or civil, as God-given and therefore to be respected. They might assail the captain, but they would not set aside the community. That was a step their consciences would not comprehend.

The temptation to heap scorn rather than charity upon our fellows in faith and polity has always been there. In utterly Catholic Italy, centuries before the Reformation, warring city-states were known to insult each other’s bishops by ritually slaughtering mitered asses, as Florence did to Arezzo in 1284. All people have their unique gifts. No one charms or curses like an Italian, though pity the poor asses who were asked to stand in for the bishop of Arezzo.

How do we disagree about what truly matters and yet stay united in what matters even more?

Balance is so hard to maintain. Faith, justice and unity still matter. So too do prudence, charity and patience. The latter are not chains upon the former. They are channels that direct them to their source in God.

There is no one who performs a mighty deed in my name
who can at the same time speak ill of me.
For whoever is not against us is for us (Mk 9:39-40).

How do we disagree about what truly matters and yet stay united in what matters even more? Our Blessed Lord knew, at the start, that this would take a lot of prayer. Do not be offended when someone with whom you disagree says, even with a hint of condescension, “I am praying for you.” As the ancient church gives witness, we can all use the prayer.