Top generals contradict Biden, say they urged him not to withdraw from Afghanistan – POLITICO 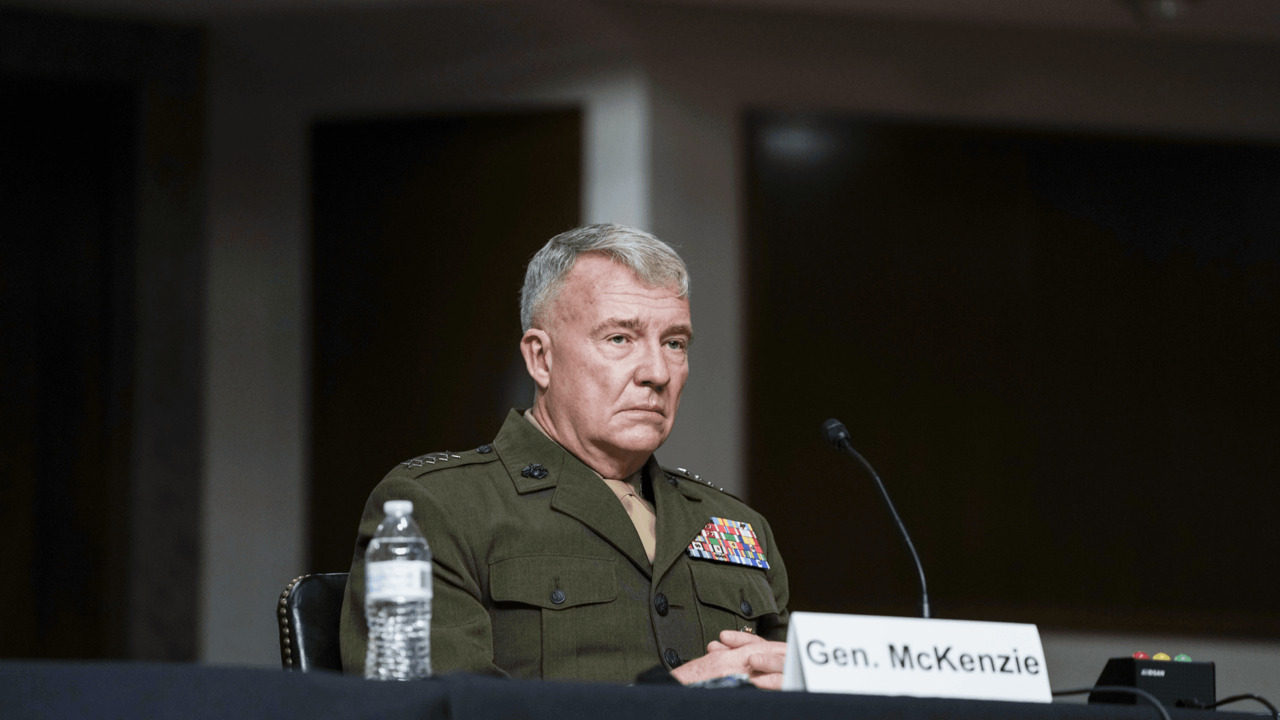 He also noted that in the fall of 2020, during the Trump administration, he advised that the U.S. maintain a force almost double the size, of 4,500 troops, in Afghanistan.

In answering questions from Sen. Jim Inhofe (R-Okla.) about his advice, McKenzie said he would not share his “personal recommendation” to the president.

But he went on to say that his “personal view,” which he said shaped his recommendations, was that withdrawing those forces “would lead inevitably to the collapse of the Afghan military forces and, eventually, the Afghan government.”

McKenzie also acknowledged that he talked to Biden directly about the recommendation by Gen. Scott Miller, the commander of U.S. Forces Afghanistan until July, that the military leave a few thousand troops on the ground, which Miller detailed in closed testimony last week.

“I was present when that discussion occurred and I am confident that the president heard all the recommendations and listened to them very thoughtfully,” McKenzie said.

McKenzie’s remarks directly contradict Biden’s comments in an Aug. 19 interview with ABC’s George Stephanopoulos, in which he said that “no one” that he “can recall” advised him to keep a force of about 2,500 troops in Afghanistan.

During the interview, Stephanopoulos asked Biden point blank: “So no one told — your military advisers did not tell you, “No, we should just keep 2,500 troops. It’s been a stable situation for the last several years. We can do that. We can continue to do that”?

Biden answered: “No. No one said that to me that I can recall.”

During the hearing on Tuesday, Inhofe next asked Gen. Mark Milley, chair of the Joint Chiefs of Staff, if he agreed with the recommendation to leave 2,500 troops on the ground. Milley answered affirmatively.

Milley declined to give a direct answer, saying only that “I’m not going to characterize a statement of the president of the United States.”

Sullivan then grilled McKenzie about the accuracy of the president’s statement, stressing that the general does not “have a duty to cover for the president when he’s not telling the truth.”

McKenzie again declined to criticize the president, saying only that “I’ve given you my opinion and judgment.”

Later in the hearing, Sen. Tom Cotton (R-Ark.) asked Milley if he should have resigned when the president decided to fully withdraw from Afghanistan against the generals’ advice.

Milley argued that resigning in protest would have been a “political act,” and that the president has no obligation to agree with his military advice. “It would be an incredible act of political defiance for a commissioned officer to just resign because my advice is not taken,” Milley said. “This country doesn’t want generals figuring out what orders we are going to accept and do or not. That’s not our job.”

Milley added that his decision was also informed by the experience of his father, who fought at Iwo Jima.