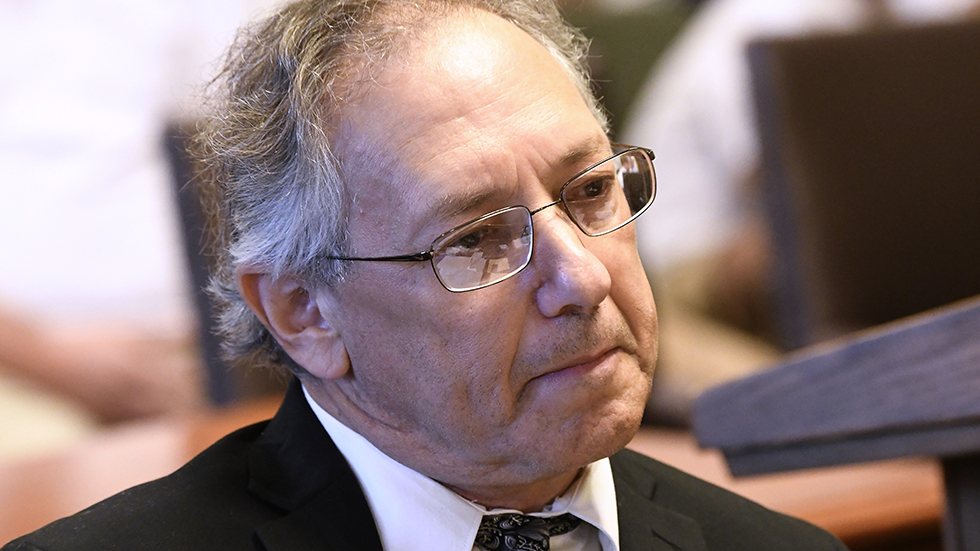 A trial over whether a lawyer with ties to the Democratic Party lied to the FBI in 2016 is set to begin on Monday in what could be the first major test for John Durham, the special counsel appointed during the Trump administration to investigate the former president’s allegations of a conspiracy to undermine his campaign.

Michael Sussmann, a former partner at the law firm Perkins Coie, is charged with making false statements to the FBI’s top lawyer during the 2016 campaign when he handed over data to the bureau purporting to show links between Trump and a Russian bank.

Durham’s office is alleging that Sussmann, who was representing Hillary Clinton’s campaign and a cybersecurity researcher at the time, falsely claimed he was not representing any particular client when he met with then-FBI general counsel James Baker in September 2016.

The FBI looked into Sussmann’s evidence — internet data purporting to show a line of communication between the Trump Organization and the Russian Alfa Bank — and found nothing to support the allegations.

The trial will center on the question of whether Sussmann lied when he said his clients did not prompt the tip to the FBI, and if he did, whether that lie was material in that it affected how federal law enforcement pursued the investigation.

In the indictment from September, prosecutors wrote, “Sussmann’s lie was material because, among other reasons, Sussmann’s false statement misled the FBI General Counsel and other FBI personnel concerning the political nature of his work and deprived the FBI of information that might have permitted it more fully to assess and uncover the origins of the relevant data and technical analysis, including the identities and motivations of Sussmann’s clients.”

Last month, prosecutors with the special counsel’s office released a text message Sussmann, a former federal prosecutor, had sent to Baker the night before their meeting, in which he wrote, “I’m coming on my own — not on behalf of a client or company — want to help the Bureau.”

The new evidence will likely bolster Durham’s prosecution at trial, but legal experts say that the case is far from a slam dunk.

Jeff Robbins, a former federal prosecutor who now represents the subjects of government investigations in private practice, says there are a number of hurdles the special counsel’s prosecutors will have to overcome at trial, including convincing the jury that the FBI investigation was materially affected by Sussmann allegedly hiding the political nature of his work.

Robbins added that Sussmann’s and his firm’s well-known connections to the Democrats could make it hard for the prosecution to make the case that the FBI was duped into thinking the lawyer was offering information untainted by the politics of the 2016 presidential campaign.

“One question to work with if you’re the defense is why would a former federal prosecutor lie to the FBI and make a statement, which was so clearly false — if you believe the prosecution’s version of what he said — when it would be at a minimum subject to serious doubt with a second’s googling of his law firm?” Robbins said.

“It’s almost impossible to believe that the general counsel of the FBI believed that a partner at Perkins Coie had no connection to the Clinton campaign or the Democratic Party at all when they were well known to represent them,” he added.

Sussmann’s defense team maintains that he did not commit any wrongdoing and has signaled that it will introduce hundreds of internal FBI emails at trial showing that the bureau was well aware of his political clients.

The political implications case are sure to loom over the case for the next two weeks.

Trump’s attorney general, William Barr, tapped Durham as early as 2019 to probe the origins of the FBI’s investigation into alleged links between the Trump campaign and Russia. Barr appointed Durham as special counsel in October 2020, allowing him to continue the investigation when the Biden administration began.

Trump’s opponents have criticized Durham’s probe as a politically motivated effort to support the former president’s allegations that his 2016 campaign was persecuted by a “deep state” conspiracy by Democratic officials and law enforcement to smear him with unfounded claims of Russian collusion.

The Durham investigation appears to be ongoing and has lasted longer than Robert Mueller’s own special counsel probe. Sussmann is one of three defendants to have been charged as a result of the investigation and is the first to go to trial.

The case will hold high stakes for both Sussmann, who faces a maximum possible prison sentence of eight years if convicted, and Durham’s investigation.

“I think that if he loses this case, it will be a serious blow to his reputation and to the enterprise,” Robbins said.

And the decision to charge Sussmann had already raised eyebrows among legal commentators because it involved a one-on-one meeting that was not recorded and had no other witnesses.

Gene Rossi, who served as a federal prosecutor for nearly 30 years, said the indictment is questionable in part because it risks pitting one individual’s account of a private meeting against another’s.

“You have no audio. You have no video. You have no contemporaneous notes. You just have Michael Sussmann versus Baker at a meeting in September 2016. That is not a strong case,” Rossi said. “They’re going to trial on something that was said almost six years ago.”

But he added that there’s an opening for Durham’s prosecutors to construct a narrative of political deception in court that a jury could potentially find persuasive.

“When you have a jury trial, nothing is ever guaranteed, so neither side should feel confident as they enter this trial,” Rossi said.