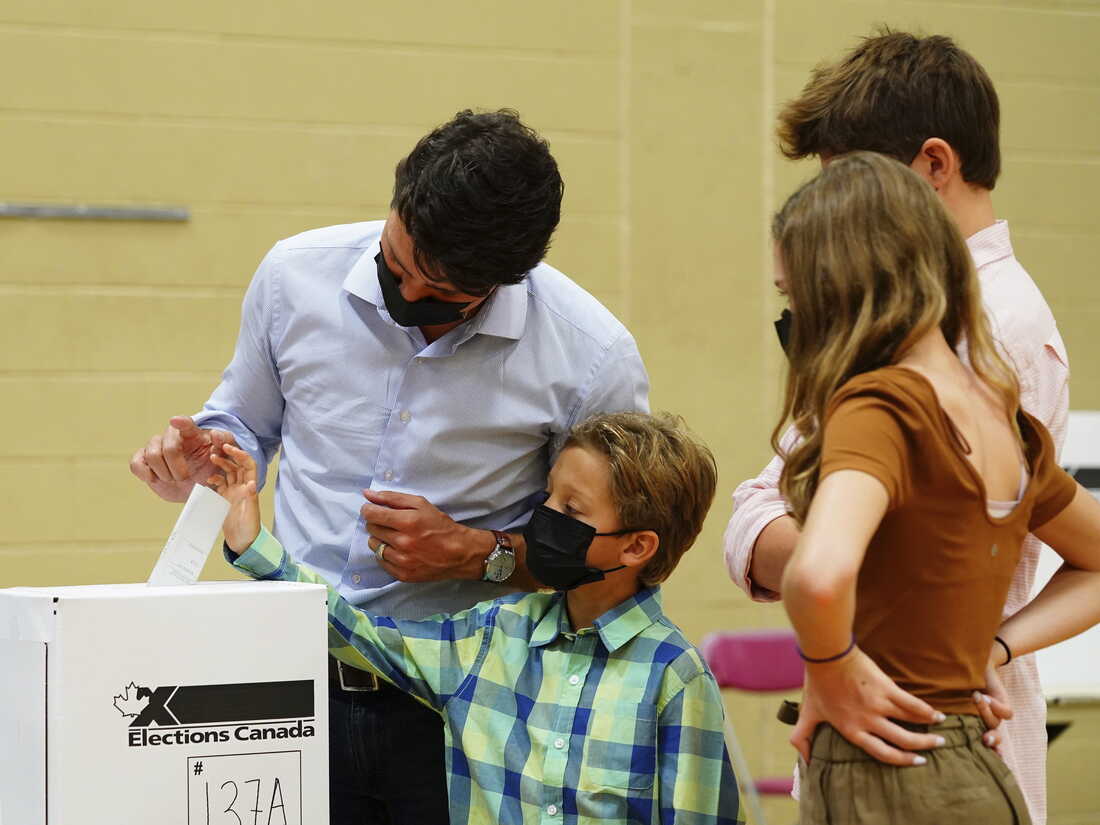 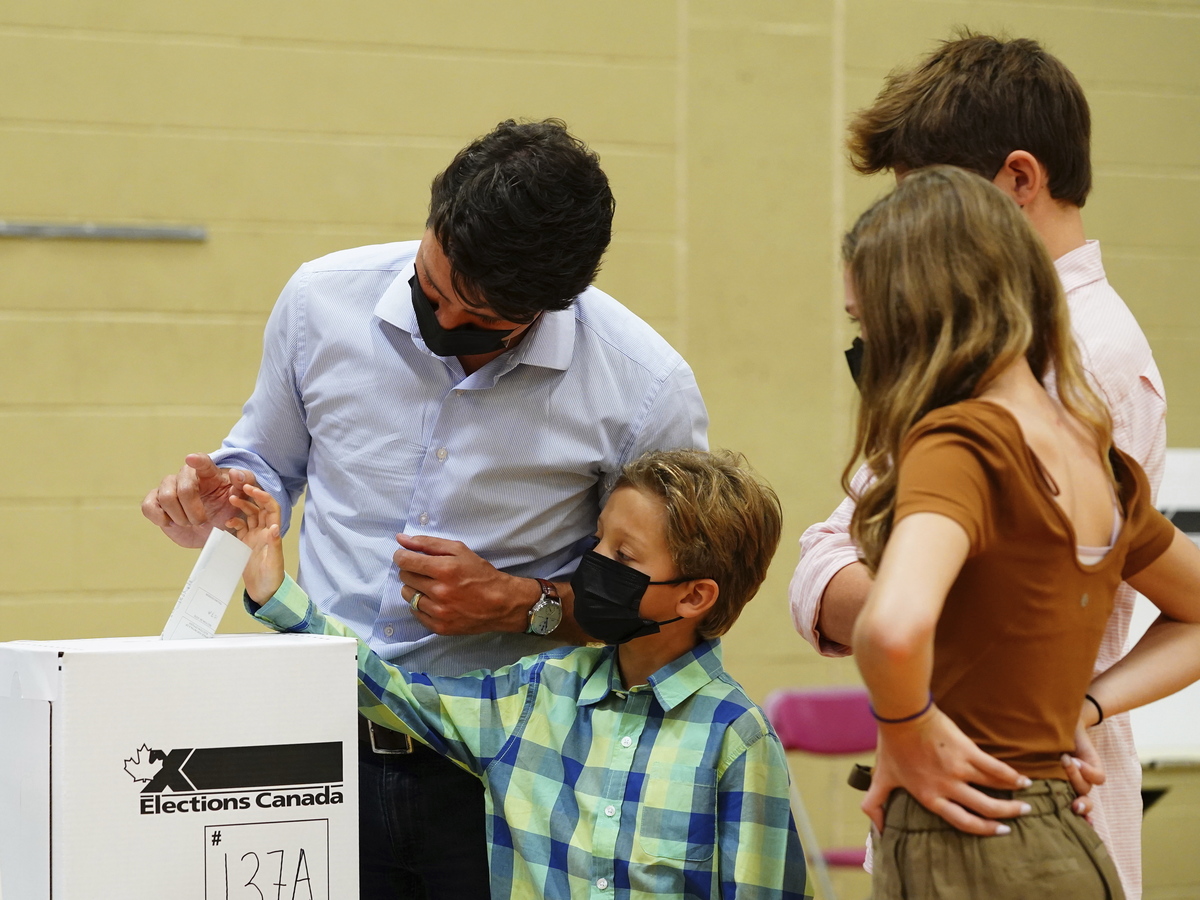 Liberal leader Justin Trudeau casts his ballot in the 44th general federal election as he’s joined by his children, Xavier, Ella-Grace and Hadrien in Montreal on Monday.

Canadian voters have narrowly awarded Prime Minister Justin Trudeau a third term in a snap parliamentary election, but he fell short of his goal of winning an outright majority for his Liberal Party.

Early Tuesday, ballots were still being counted across the country, but the broad outlines of the next government were already evident. Trudeau, who had hoped that voters would reward Liberals for his government’s handling of the coronavirus pandemic, instead came up with much the same result as in 2019: another minority government dependent on the help of partners to govern.

Despite falling short, Trudeau said voters had signaled their approval and that Canadians should be reassured over the handling of COVID-19 going forward.

“You are sending us back to work with a clear mandate to get Canada through this pandemic, and to the brighter days ahead,” the 49-year-old prime minister said in a victory speech to supporters in Montreal on Monday night. “My friends, that is exactly what we are ready to do.”

The 35-day campaign kicked off as Trudeau’s government was being forced to defend itself against similar charges faced by U.S. President Biden over Afghanistan – namely, that efforts to evacuate his own nationals and Afghans after the Taliban takeover had been slow and uncoordinated.

The prime minister’s efforts to contrast his party from Conservatives on a variety of issues — including climate policy and vaccination mandates and passports — seemed to lose steam in the run-up to Monday’s vote.

“Some have talked about division, but that’s not what I see,” Trudeau said early Tuesday, according to the Toronto Star. “That’s not what I’ve seen these past weeks, across the country.”

“I see Canadians standing together,” he said.

“Five weeks ago, Mr. Trudeau asked for a majority, he said the minority parliament was ‘unworkable.’ But tonight Canadians did not give Mr. Trudeau the majority mandate he wanted,” O’Toole said, speaking in French. “In fact Canadians sent him back with another minority at the cost of $600 million Canadian dollars and deeper divisions in our great country.”