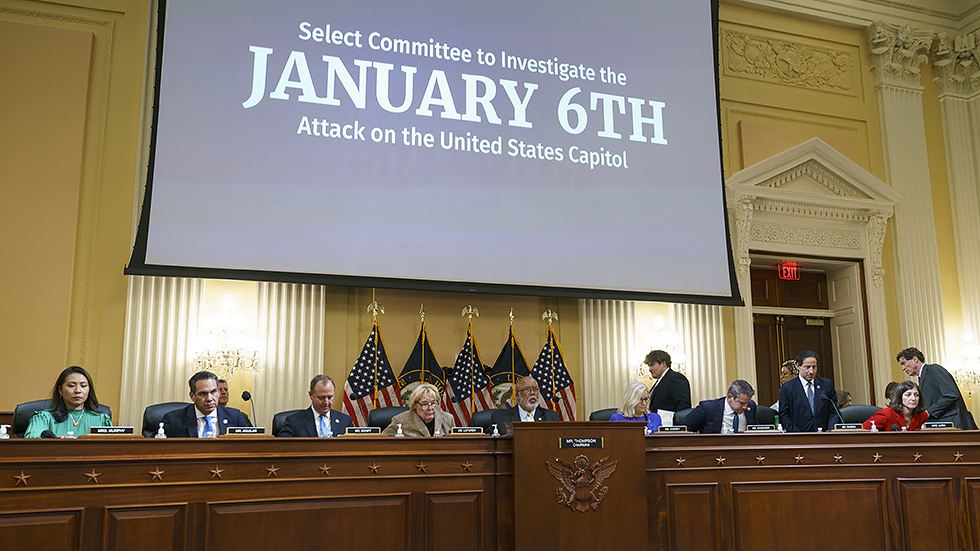 A former Trump campaign director and a U.S. attorney the then-president weighed firing are among those who will testify Monday as the Jan. 6 committee works to show how Trump forged ahead with plans to remain in power despite being “told again and again that he didn’t have [the] numbers to win.”

“Tomorrow’s hearing is focused on the big lie: the decision by the former president to ignore the will of the voters, declare victory in an election he lost, spread claims of fraud and then decide to ignore the rulings of courts when the judgment of course didn’t go his way,” a committee aide said on a call with reporters.

Stepien will be joined on a panel by Chris Stirewalt, a former Fox News political editor who was a member of the team at the network that made the decision to call Arizona for now-President Biden on election night 2020.

BJay Pak, once a U.S. Attorney in Georgia, will speak publicly for the first time since resigning as Trump fumed over the Justice Department’s refusal to investigate his baseless allegations of voter fraud. Pak will be joined by conservative election attorney Ben Ginsberg and Al Schmidt, a Republican election official in Philadelphia who drew Trump’s ire after he refused to say the 2020 election was rigged.

Monday’s hearing, the second in a series planned after Thursday’s prime time kickoff, is an important building block in the committee’s plan to show that “Trump oversaw a sophisticated seven-part plan to overturn the presidential election,” as Vice Chair Liz Cheney (R-Wyo.) put it.

Its first daytime hearing is entirely dedicated to laying out what Trump was told about his prospects for victory and his election fraud claims and how he bucked the lawful methods for questioning election results.

That point is key to showing Trump’s culpability, and would demonstrate that his actions — from pressuring the Department of Justice to investigate, to energizing his base over concerns of election security, to roping in state and federal officials to aide his cause — were taken knowing his election claims were fraudulent.

It’s a point that would also likely be of interest to the Department of Justice, should they weigh bringing charges against the former president.

“The former President didn’t have the numbers to win the election; he was told, he chose to declare victory anyway. The claims of fraud the former president embraced were baseless. He was told that again and again, and he continued to repeat those claims anyway,” the committee aide said.

The committee dedicated much of its energy to this topic in its first hearing. They played clips of video footage from depositions with another Trump campaign staffer saying shortly after the election Trump had been told “in pretty blunt terms that he was going to lose.”

And it twice showed clips from former Attorney General Bill Barr making that same point, saying there was ”absolutely zero basis for the allegations” and that Trump’s claims were “complete nonsense.”

The committee even flashed daughter Ivanka Trump referring to Barr when saying, “I accepted what he was saying”

The combination of witnesses shows the committee wants to chart the claims of election fraud in the campaign, through conservative media, and even through its fundraising, and the impact it had at the state level and in the judiciary. Rep. Zoe Lofgren (D-Calif.) is expected to play an elevated role in walking through the evidence.

The committee subpoenaed Stepien in November, noting his involvement in the “Stop the Steal” rallies organized on behalf of Trump, including promoting claims around issues with voting machines “despite an internal memo in which campaign staff determined such claims were false.”

Stepien told several media outlets that he will appear before the panel under subpoena. The committee aide refused to answer questions Sunday about how cooperative Stepien will likely be as a witness.

However, witnesses often appear before committees or their investigators under “friendly subpoena,” and Stepien has not filed any lawsuits to challenge the committee’s request that he testify.

Stepien is also an advisor to the campaign of Harriet Hageman, a Trump-backed challenger to Cheney in Wyoming’s GOP primary.

In the month after the 2020 election, Pak was at the intersection of Trump’s focus on both “finding” additional votes in Georgia and replacing his DOJ leadership if they would not investigate his alleged fraud there.

That included allegations from Trump attorney Rudy Guliani that officials there absconded with a suitcase of ballots without oversight from Republicans poll watchers.

“In reality, the ‘suitcase’ was a secure ballot container, and the ballots were counted in the presence of poll watchers from both parties,” the Senate panel wrote in their report.

But as Trump became increasingly fixated on securing action in Georgia, he mentioned Pak, even after he had been talked down from firing his own Justice Department leadership in favor of someone who would initiate an investigation there.

“Atlanta, Atlanta, no surprise there. They didn’t find anything. No surprise because we have a never-Trumper there as U.S. Attorney,” Trump reportedly said.

Pak abruptly resigned on Jan. 5, despite plans to stay through Inauguration Day.

Ginsberg, a longtime election lawyer on behalf of Republicans, sounded the alarm on the election fraud claims Trump began to issue ahead of Election Day.

“The truth is that over all those years Republicans found only isolated incidents of fraud. Proof of systematic fraud has become the Loch Ness Monster of the Republican Party. People have spent a lot of time looking for it, but it doesn’t exist,” Ginsberg wrote in an op-ed just days before the 2020 election, warning the GOP “is destroying itself on the altar of Trump.”

“As he confronts losing, Trump has devoted his campaign and the Republican Party to this myth of voter fraud. Absent being able to articulate a cogent plan for a second term or find an attack against Joe Biden that will stick, disenfranchising enough voters has become key to his reelection strategy. Perhaps this was the plan all along,” Ginsberg added.

Schmidt, a former city commissioner of Philadelphia, also saw the impact of Trump’s election fraud claims firsthand. He received death threats in the aftermath of the election due to his role on the city’s election board, including following comments that ​ “bad actors” were “lying” about the vote tabulation process.