Authored by Lily Zhou via The Epoch Times,

The UK government has bundled the highly anticipated genocide amendment with a different amendment ahead of the Parliamentary vote on Tuesday afternoon, a move that’s been blasted as “shameful” and “parliamentary skullduggery.” 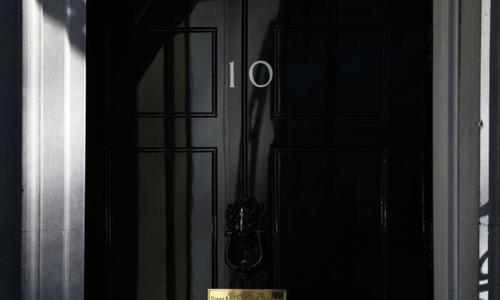 “The sad tragedy is that the Government has so engineered it that tomorrow the democratically elected [House of Commons] will not be able to vote on Lord Alton’s #GenocideAmendment which passed in the [House of Lords] with a majority of 171,” Duncan Smith wrote on Twitter on Monday.

The sad tragedy is that the Government has so engineered it that tomorrow the democratically elected @HouseofCommons will not be able to vote on Lord Alton’s #GenocideAmendment which passed in the @UKHouseofLords with a majority of 171 https://t.co/dudAbydgS0

“The Government has run out of arguments and is now using arcane procedural games which demean our democracy and the [House of Commons],” he wrote in another tweet on Tuesday.

The so-called “genocide amendment” to the UK’s post-Brexit trade bill (pdf) aims to stop and prevent the UK from doing bilateral trade with genocidal countries.

If passed, it gives UK courts the power to preliminarily determine whether a current or potential trade partner of the UK has committed genocide.

A previous version of the amendment—proposed by Lord Alton—had been defeated in the House of Commons by only 11 votes after 33 Tory MPs rebelled to support it.

The modified amendment won a two-thirds majority last week in the House of Lords, and there had been “significant and growing support in both houses,” according to Imran Ahmad Khan, chair of the All-Party Parliamentary Group for Foreign Affairs.

The version MPs will be voting on, however, is an alternative proposal backed by the government, which replaces Lord Alton’s amendment, bundled together with another Lords’ amendment. This amendment gives the power of reporting evidence of genocide to a “responsible committee.”

Duncan Smith has inserted an amendment to the replacement amendment, bringing the determination of genocide back to UK courts, but this means those who support the genocide amendment would also have to vote for the proposals backed by the government.

A number of supporters of the genocide amendment lashed out against the government’s move.

“Bitterly disappointed that Government in controlling the [House of Commons] agenda is denying MPs their ability to vote for the Genocide Amendment tomorrow!” she wrote in a tweet.

“Appalled at the Parliamentary games played over an issue as grave as Genocide.”

Breaking 📰
Bitterly disappointed that Government in controlling the @HouseofCommons agenda is denying MPs their ability to vote for the Genocide Amendment tomorrow!

Appalled at the Parliamentary games played over an issue as grave as Genocide.#GenocideAmendment https://t.co/qGVSbhVLto

“We are sickened to find out that the Government has moved to prevent Parliament voting on the #GenocideAmendment tomorrow,” Rahima Mahmut, UK director of the World Uyghur Congress (WUC), wrote on Twitter.

“Make the argument for & against #GenocideAmendment, then put it to a fair vote. That would be the decent, right thing to do,” Benedict Rogers, co-chair of the Conservative Party Human Rights Commission, wrote on Twitter.

Make the argument for & against #GenocideAmendment, then put it to a fair vote. That would be the decent, right thing to do.

The genocide amendment is designed to circumvent the international route for recognising genocide, which has been paralysed by China and Russia’s veto powers in the United Nations, and to cater for successive UK governments’ long-stated position that genocide has to be determined by a court.

In a statement emailed to The Epoch Times, a government spokesperson said that “the Government shares the grave concerns about human rights abuses in Xinjiang behind Lord Alton’s amendment, and understands the strength of feeling on this issue.

“However, these proposals could embroil the courts in the formulation of trade policy and international relations, and risked undermining the separation of powers.

“The Government has listened to members across the House and is backing the amendment put forward by the Chair of the Justice Select Committee, which has the support of a number of Select Committee chairs and backbenchers.

“It addresses the concerns raised on human rights issues and trade agreements and empowers Parliamentarians to take a stand on credible reports of genocide by a prospective trade partner, while placing a specific duty on Government to act.”

Duncan Smith on Monday posted a video on Twitter showing a montage of government officials saying a determination of genocide is a judicial matter.