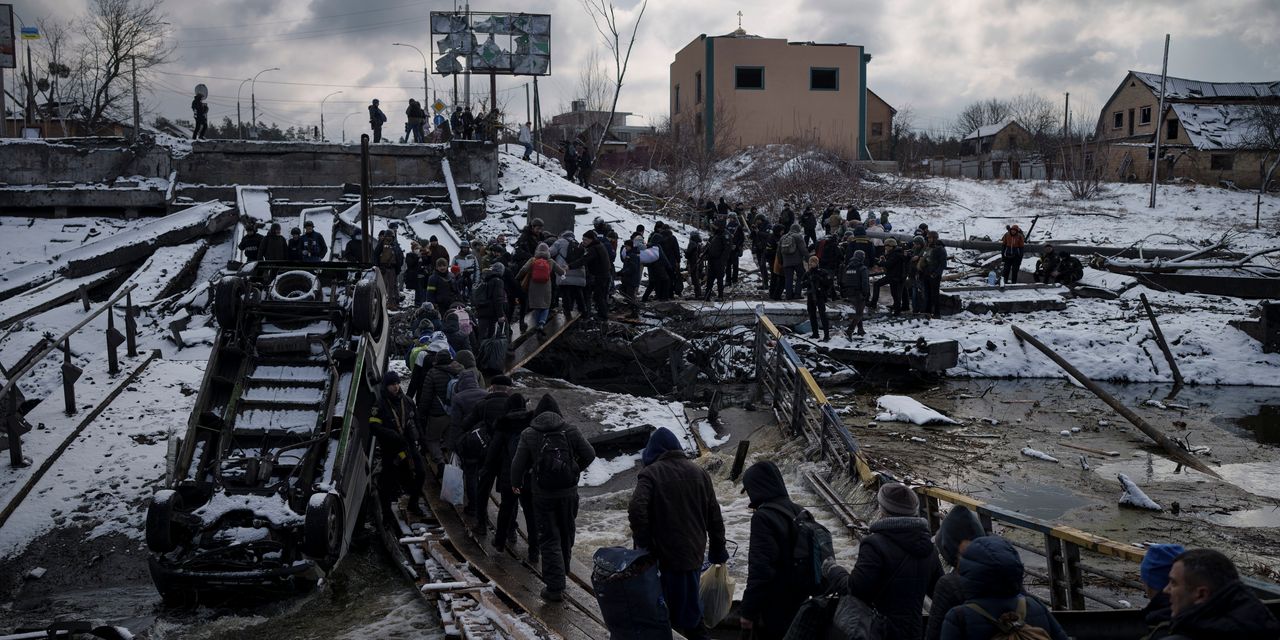 Ukraine evacuated convoys of civilians from the besieged northeastern city of Sumy on Tuesday, as renewed Russian shelling forced an interruption in evacuations and millions of people remained trapped in other areas cut off by the Russian advances.

With heavy fighting continuing across the country on day 13 of the Russian invasion, the civilian toll mounted, as did international efforts to find a way to press Russian President Vladimir Putin to stop the war. The number of people forced to escape Ukraine has now passed two million, with a further one million displaced inside the country after fleeing their homes, the United Nations refugee agency said on Tuesday.