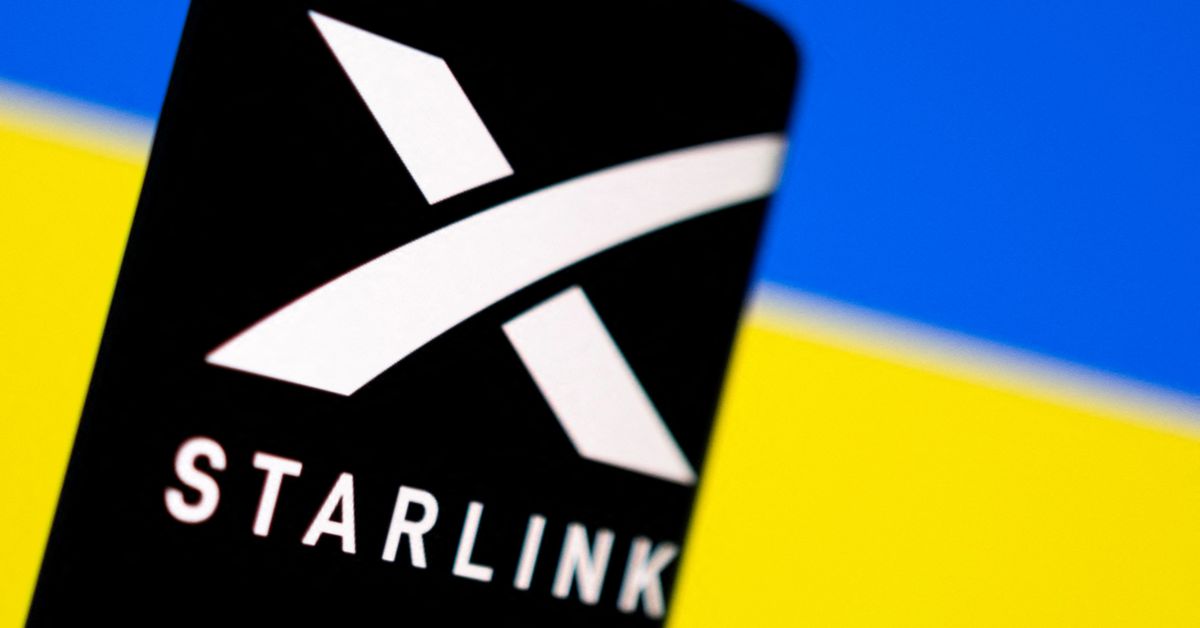 Starlink logo is seen on a smartphone in front of displayed Ukrainian flag in this illustration taken February 27, 2022. REUTERS/Dado Ruvic/Illustration

Musk tweeted back, “You are most welcome”.

The terminals look like home satellite television dishes and can provide relatively fast internet service, by residential standards, by connecting to a fleet of satellites in low orbit.

But John Scott-Railton, a senior researcher at the University of Toronto’s Citizen Lab project, took to Twitter to warn the terminals could become Russian targets.

“Re: @elonmusk’s starlink donation. Good to see. But remember: if #Putin controls the air above #Ukraine, users’ uplink transmissions become beacons … for airstrikes,” he tweeted.

“#Russia has decades of experience hitting people by targeting their satellite communications,” he added in a series of 15 tweets detailing the risks. (https://bit.ly/35BEFs2)

Musk said on Saturday that Starlink is available in Ukraine and SpaceX is sending more terminals to the country, whose internet has been disrupted due to the Russian invasion.

Fedorov thanked Ukraine’s ambassador to the United States for helping to swiftly approve the activation of Starlink in Ukraine.

One of the challenges is to install end-user terminals, which require a clear view of the sky to connect to Starlink, Tim Farrar, a consultant in satellite communications said.

As high-rise buildings can block the service, one has to go to the top of the highest building nearby to set up the antenna, he said. “That’s a fairly vulnerable place to be.”

“It is not going to be something that can offer a replacement for terrestrial internet on a large scale,” he said.

SpaceX did not immediately respond to a Reuters request for comment.

Reporting by Noor Zainab Hussain and Arunima Kumar in Bengaluru and Hyunjoo Jin in San Francisco; Editing by Stephen Coates