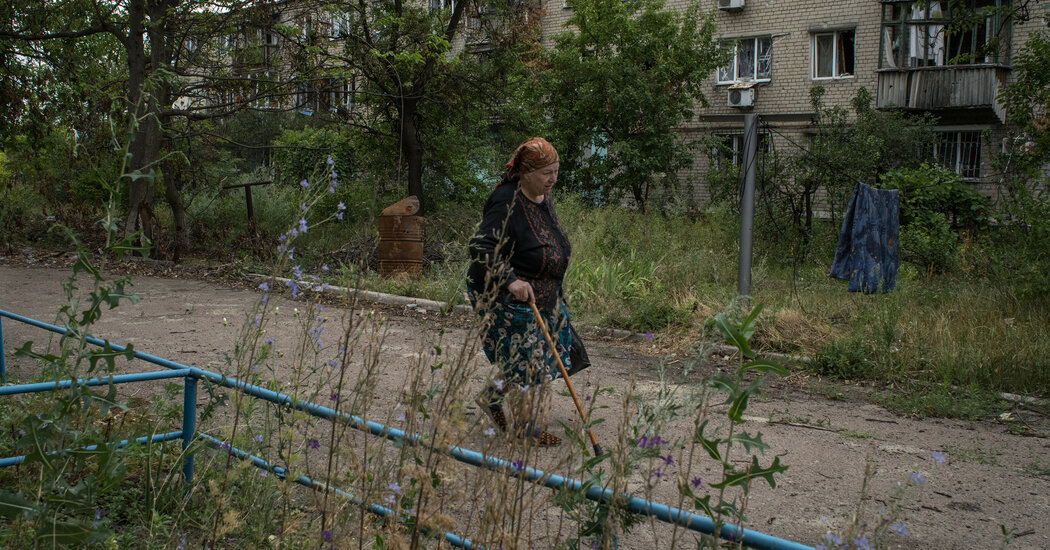 ODESA, Ukraine — A string of explosions rocked Ukraine’s southern city of Odesa on Saturday, hitting one of the country’s most important ports less than 24 hours after a deal was signed to secure the transit of millions of tons of grain through Black Sea routes.

The strikes risk undermining the deal to facilitate the shipping of Ukrainian grain, brokered by the United Nations and Turkey, before the agreement could even be put into action. The deal was seen as critical for shoring up global supplies after a steep drop in Ukrainian grain exports raised fears of food shortages in poorer nations.

Officials said it was the first time since the war began that the port in Odesa had been targeted.

The condemnation from Ukraine was swift. Oleg Nikolenko, the spokesman for the country’s foreign ministry, said on Facebook that with the strikes, President Vladimir V. Putin of Russia had “spit in the face” of the United Nations secretary general, António Guterres, and President Recep Tayyip Erdogan of Turkey after the two “expended enormous effort to reach this agreement.”

The United Nations secretary general’s deputy spokesman denounced the strikes, saying in a statement that full implementation of the agreement was “imperative.”

There was no immediate comment from the Kremlin. The attack came a day before the Russian foreign minister was slated to start a tour of Africa, where he is expected to try to shift blame for food shortages to the West.

The blast wave from the missiles hitting the port could be felt from miles away, though it was unclear precisely where they struck. The huge port sprawls for miles along Odesa’s Black Sea coast with towering silver grain silos clustered in several different places.

It was unclear what the strikes were targeting and whether any grain infrastructure was hit. Russia may not have technically violated the deal, since it did not pledge to avoid attacking the parts of the Ukrainian ports that are not directly used for the grain exports, according to a senior U.N. official. If there were military targets nearby, Russia may have been trying to exploit a loophole.

Still, the damage appeared to be extensive, and Mykola Solskyi, the country’s agriculture minister, said the strikes would affect Ukraine’s efforts to export grain.

“If you attack a port, you attack everything,” he said in a telephone interview. “You use a lot of the same infrastructure for oil, for grain. It has an impact on everything — it doesn’t matter what you hit.”

Mr. Solskyi added that some of the infrastructure destroyed was “important for processing all imports,” but said that Ukraine would proceed as if the grain deal would still go into effect.

“We understand that we still have a war with Russia,” he said. “Our agreement was with the United Nations and Turkey, not with Russia.”

Anton Gerashchenko, an adviser to Ukraine’s interior minister, said that Russian strikes had caused 10 explosions in Odesa, and that the strikes on the port had caused a fire.

“This is how Russia fulfills its responsibility to guarantee secure export of Ukrainian grains,” he wrote on his public channel on the Telegram social media app. “Now not only the West but China and other countries that Putin was counting on to relieve pressure from sanctions know that you cannot trust Putin at all, not an ounce,” he added.

On Friday, Biden administration officials had expressed skepticism that Russia would follow through on its commitments to allow safe passage of ships through the Black Sea.