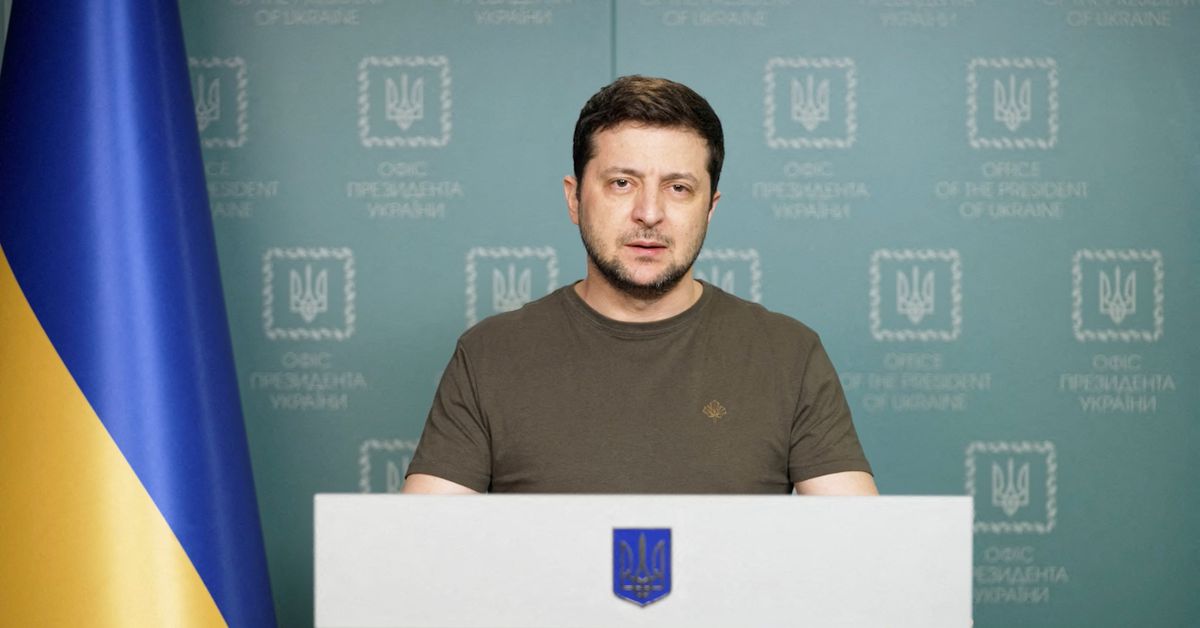 Ukrainian President Volodymyr Zelenskiy appeals to Russians to stage protests over Russian forces’ seizure of the Zaporizhzhia nuclear power plant, the largest in Europe, during an address from Kyiv, Ukraine March 4, 2022 in this still image from video. Courtesty of Ukrainian Presidential Press Service/Handout via REUTERS

KYIV, March 16 (Reuters) – Ukrainian President Volodymyr Zelenskiy said in a video address released early on Wednesday that the positions of Ukraine and Russia at peace talks were sounding more realistic but more time was needed.

A senior Ukrainian official said on Tuesday that talks with Russia were very difficult but there was “certainly room for compromise,” adding that negotiations would continue on Wednesday. read more

“The meetings continue, and, I am informed, the positions during the negotiations already sound more realistic. But time is still needed for the decisions to be in the interests of Ukraine,” said Zelenskiy.