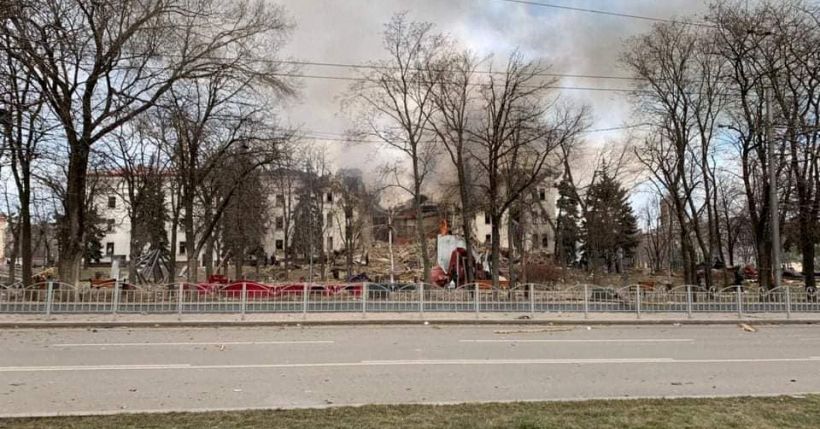 LVIV, Ukraine, March 17 (Reuters) – Rescue workers were searching for survivors in the rubble of a theatre in the besieged city of Mariupol on Thursday, after Ukraine said a powerful Russian air strike had hit the building where hundreds of people had been sheltering from the war.

The port city is encircled by Russian forces and has seen some of the fiercest bombardment of the conflict.

“The heart is breaking from what Russia does to our people, our Mariupol, and our Donetsk region,” Ukrainian President Volodymyr Zelenskiy said in a late night address on Wednesday, after referring to the theatre attack.

Petro Andrushchenko, an adviser to the city’s mayor, said some people had survived the blast.

“The bomb shelter held. Now the rubble is being cleared. There are survivors. We don’t know about the (number of) victims yet,” he told Reuters by phone.

He said rescue work was under way to reach survivors and establish the number of casualties, which was still unknown.

Russia has denied bombing the theatre.

Russian foreign ministry spokeswoman Maria Zakharova said on Thursday that the allegation that Russia had bombed the theatre was a “lie”, and repeated Kremlin denials that Russian forces have targeted civilians since the Feb. 24 invasion of Ukraine.

“Russia’s armed forces don’t bomb towns and cities,” she told in a briefing.

Tetyana Ignatchenko, spokesperson of the Donetsk Regional Military Administration, said there had been 1,000 people inside the Mariupol theatre a week ago.

Satellite images of the theatre taken earlier this week before it was struck show a large structure with a red roof and the Russian word for “children” painted in large white letters on the tarmac at the front and back.