In recent years there’s been a noticeable uptick in large-scale NATO exercises in the Barents region in response to what’s perceived as Russia’s own arctic ambitions to militarize the far north.

And now the US Air Force has announced that for the first time ever it will deploy B-1 Lancer bombers along with 200 airmen to Norway, no doubt in order to “confront Russia”.

“More than 200 Air Force personnel from Dyess Air Force Base, Texas, were expected to arrive at Orland Air Base with an expeditionary B-1 Lancer bomber squadron to support missions in the region, U.S. European Command said in a statement Tuesday,” according to Stars and Stripes.

US European Command (EUCOM), which made the announcement this week didn’t indicate how long they would be deployed, only saying “scheduled missions” will occur for “a limited time”.

The US and Norwegian air forces have conducted long-range northern air patrols before, but this marks the first time American bombers will fly out of Norway, something sure to gain Russia’s attention.

The move comes following the US Air Force and Navy recently publishing new Arctic defense strategies, in July and January respectively, also amid increased Pentagon cooperation with Norway, among the founding member countries of NATO.

The Navy’s strategy, A Blue Arctic: A Strategic Blueprint for the Arctic is based on “an expected rise in the use of Arctic waters for commercial shipping, natural resource exploration, tourism and military presence” which calls for “the Navy and Marine Corps to increase regular presence in the Arctic.” 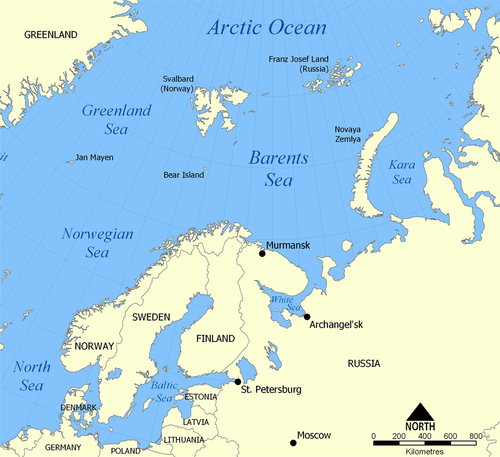 “Doing so will require the sea services to collaborate with allies as well as domestic partners like the Coast Guard and Alaska law enforcement organizations, and focus research and acquisition decisions on being able to operate successfully in the High North,” according to the prior Navy statement.

Previous post: [ Scientists Ominously Warn COVID Is Reducing Fertility ]
Next post: [ No, We Shouldn’t Launch A ‘War On Terror’ Against Trump Voters ]