Submitted by Khaled Iskef via SouthFront.org,

On February 9, the Pentagon announced that its forces in Syria are no longer responsible for the protection of the oil wells. 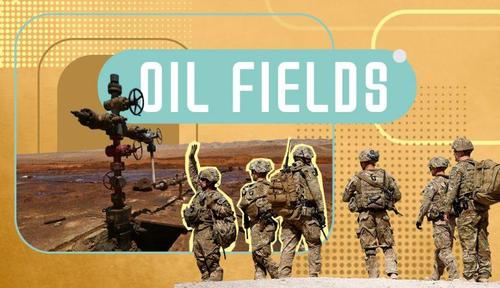 A Pentagon spokesman, John Kirby, said that the employees and contractors of the US Department of Defense are no longer allowed to assist any private company seeking to exploit the oil resources in Syria, nor to help the employees of this company or its agents.

Kirby added that the 900 personnel stationed in the region are there to support the mission of fighting ISIS only, which is the main reason for their presence.

The announcement of the US Department to shift the formal objectives of its military presence in Syria goes contrary to the position of the administration of former President Donald Trump. President Joe Biden announced that it would fix what Trump ‘sabotaged’ in the US policies.

Two years ago, Trump that he would keep a limited contingent of US forces in Syria to protect the oil wells, and said at the time that the US forces would take their share of the Syrian oil.

Last July, the SDF signed an agreement with a private US company called Delta Crescent Energy to modernize the oil wells seized by the SDF with the support of US forces, and to smuggle the oil extracted from them outside the Syrian territories.