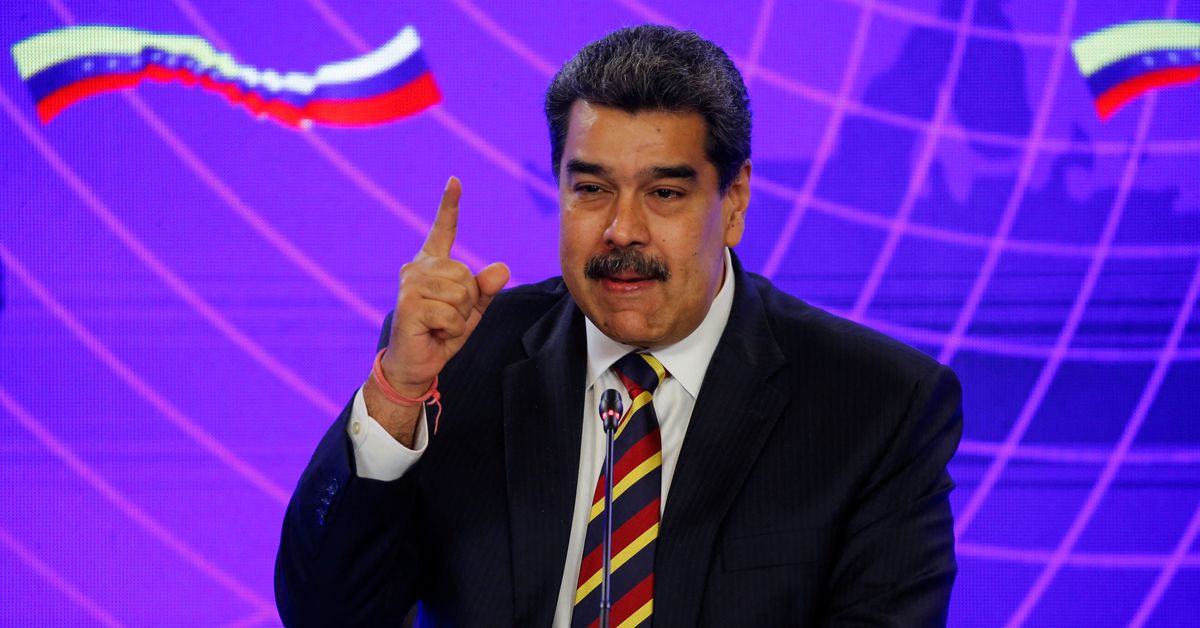 Venezuela’s President Nicolas Maduro speaks beside Russian Deputy Prime Minister Yury Borisov (not pictured) after the signing of documents during a bilateral agreement at the Miraflores Palace during his visit to Caracas, Venezuela February 16, 2022. REUTERS/Leonardo Fernandez Viloria

CARACAS, March 7 (Reuters) – Venezuela’s President Nicolas Maduro on Monday said he agreed an agenda for future talks with a U.S. delegation that he met on Saturday, the first high-level meeting between the two countries in years.

Officials from the two countries discussed easing oil sanctions on the South American country but made little progress towards reaching a deal, five sources familiar with the matter told Reuters on Sunday, part of U.S. efforts to separate Russia from one of its key allies. read more

“Last Saturday night a delegation from the government of the United States of America arrived in Venezuela, I received it here at the presidential palace,” Maduro said in a broadcast on state media.

“We had a meeting, I could describe it as respectful, cordial, very diplomatic,” he said.

The meeting lasted two hours, he said, without specifying the topics discussed or who the U.S. delegates were.

Earlier, White House Press Secretary Jen Psaki said the purpose of the trip was to discuss a number of issues, including “energy security” and the cases of nine U.S. citizens who are in prison in Venezuela.

The talks will continue, Maduro said, without offering a date.

“As I said to the (U.S.) delegation, I reiterate all our will so that from diplomacy, from respect and from the hope of a better world, we can advance in an agenda that allows well-being and peace,” Maduro said.