Reuters reports Vietnam has culled more than 100,000 chickens this year as an outbreak of the avian flu hits poultry farms in more than one dozen provinces.

The Vietnamese government released a statement on Monday outlining how the highly pathogenic H5N1 and H5N6 bird flu strains have spread across 14 provinces in 39 days. 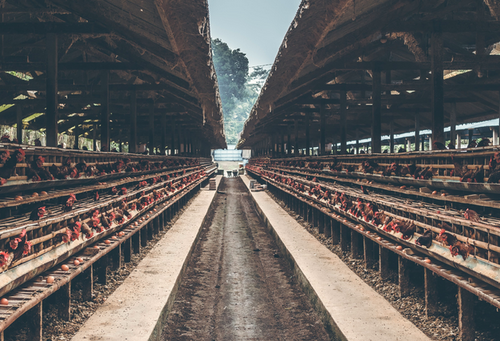 To mitigate the spread, the government has culled more than 100,000 chickens.

“The risk for the outbreaks to spread on a larger scale is very high,” the statement said.

Vietnam’s total poultry flock is around 460 million birds. So the outbreak is not sizeable but definitely notable as bird flu outbreaks have been reported in the country over the last few years.

Meanwhile, the country culled tens of thousands of pigs in late 2020 to curb the spread of African swine fever.

The outbreaks have been manageable for the country’s Department of Animal Health. If there is more spreading, readers should be on the lookout for government travel restrictions around outbreak areas. So far, none have been posted.

Last week, we reported that China, a country that borders Vietnam, has had what one farmer told Reuters African swine fever contagion “is bad” right now. This has kept Chinese pig prices elevated, with possible meat shortages later in the year.

ADMCF Wildlife tweeted “While #COVID19 has our attention, don’t forget all the other zoonotic risks out there! Multiple ongoing outbreaks leading to import bans by HongKong Gov.”

Readers should keep an eye on further developments of the bird flu and African swine fever possibly spreading around Asia and even Europe.

Previous post: [ The threat in the Senate: 'A grave blow to We the People' ]
Next post: [ Americans' stress hits highest levels since start of COVID, many blame politics ]