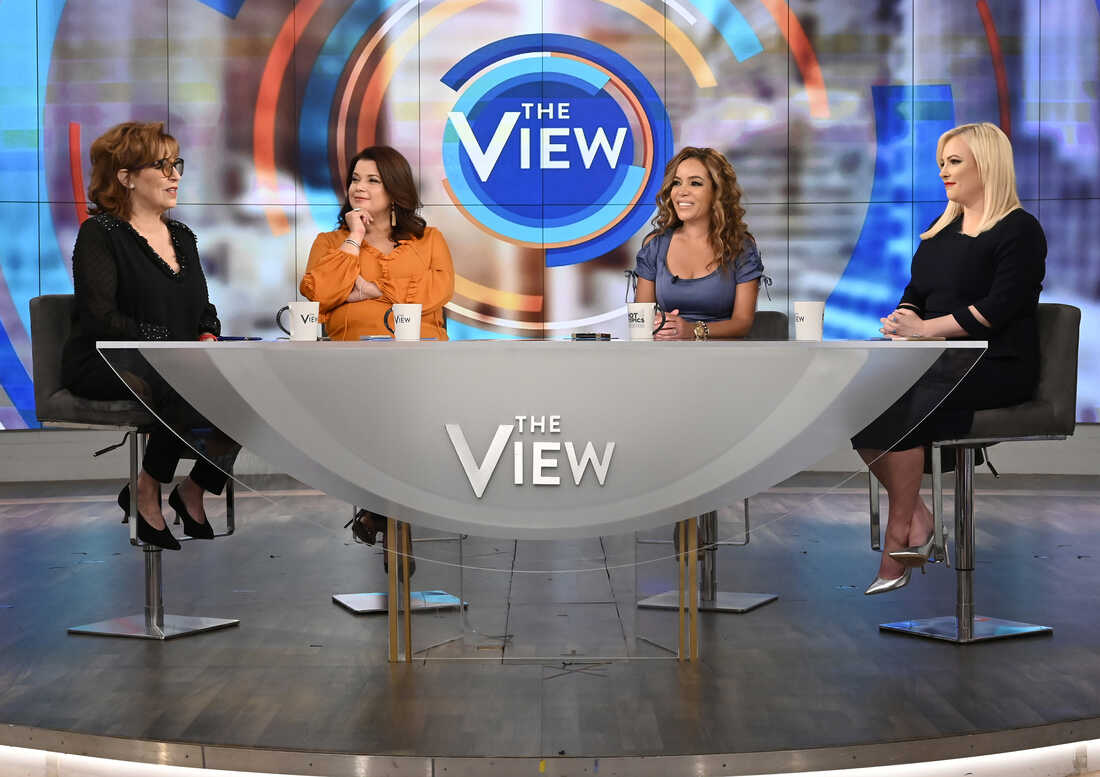 Ana Navarro (center left) and Sunny Hostin (center right) appear on The View on Aug. 2, 2019. The two were pulled live from the TV show on Friday, just before Vice President Harris was scheduled to join them onstage for an interview. Jeff Neira/Disney General Entertainment Content/Getty Images hide caption 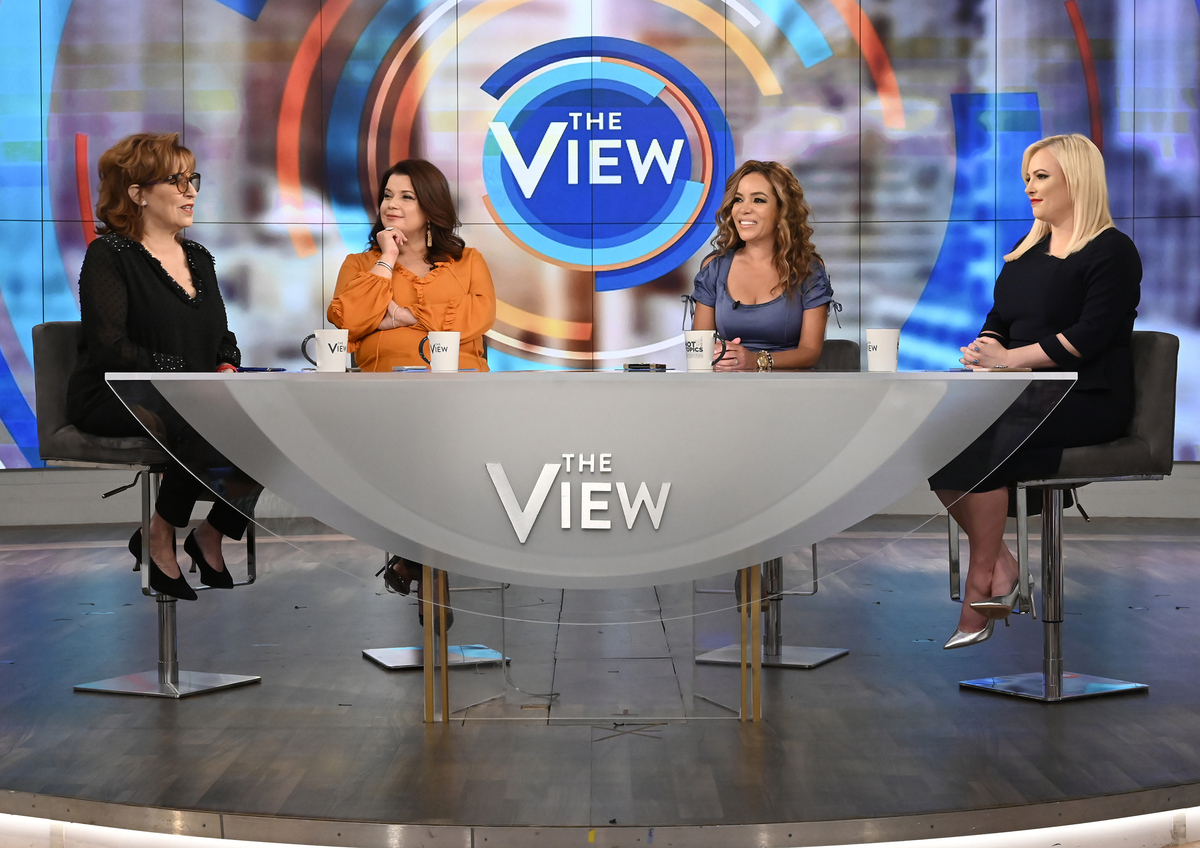 Ana Navarro (center left) and Sunny Hostin (center right) appear on The View on Aug. 2, 2019. The two were pulled live from the TV show on Friday, just before Vice President Harris was scheduled to join them onstage for an interview.

Two hosts of the popular ABC daytime talk show The View tested positive for the coronavirus moments before Vice President Harris was set to appear onstage in what the network had touted as her first in-studio talk show interview since taking office.

Sunny Hostin and Ana Navarro, both of whom are vaccinated against COVID-19, were dramatically called away by a show staffer just before Harris was to join them onstage. The two remaining co-hosts, Joy Behar and Sara Haines, ultimately interviewed Harris virtually while the vice president was stationed elsewhere in the studio.

“Sunny and Ana are strong women, and I know they’re fine,” Harris said of the two sidelined hosts, “but it really also does speak to the fact that they’re vaccinated and vaccines really make all the difference, because otherwise we would be concerned about hospitalization and worse.”

After news of the hosts’ infection settled, the interview shifted to the administration’s treatment of Haitian asylum-seekers at the U.S.-Mexico border. Recent images of Border Patrol agents on horseback violently interacting with Haitian refugees have sent shock waves through the Democratic Party and have raised the question of how the Biden White House will differentiate itself from the Trump administration’s intentionally harsh immigration practices.

“There needs to be consequence and accountability. Human beings should not be treated that way,” Harris said, evoking the memory of the nation’s historical treatment of Indigenous Americans and Black people.

But the vice president couched her response as to whether the administration would halt all deportation efforts against Haitian refugees, calling on the U.S. to “do more” in terms of supporting Haiti’s recovery rather than calling for a blanket pause on deportations.

“The United States has to help and we have to do more, and our administration feels strongly about that,” Harris said.

Earlier in the day, President Biden rebuked the actions of the Border Patrol agents and said that he, as president, was responsible for the humanitarian crisis.

“Of course I take responsibility. I’m president,” Biden said, calling the images from the border of agents on horseback using reins to corral Haitian migrants “outrageous.”

“Those people will pay,” Biden said, noting that an investigation is ongoing.

The pair’s renunciations of the border chaos come after Daniel Foote, the U.S. special envoy for Haiti, this week handed in his resignation to Secretary of State Antony Blinken, saying he “will not be associated with the United States’ inhumane, counterproductive decision to deport thousands of Haitian refugees and illegal immigrants to Haiti” from the U.S. border.

In his letter, Foote wrote that his recommendations “have been ignored and dismissed” and that Haitians shouldn’t be sent back to “a country where American officials are confined to secure compounds because of the danger posed by armed gangs in control of daily life.”

An investigation into law enforcement actions toward Haitians at the border is ongoing.