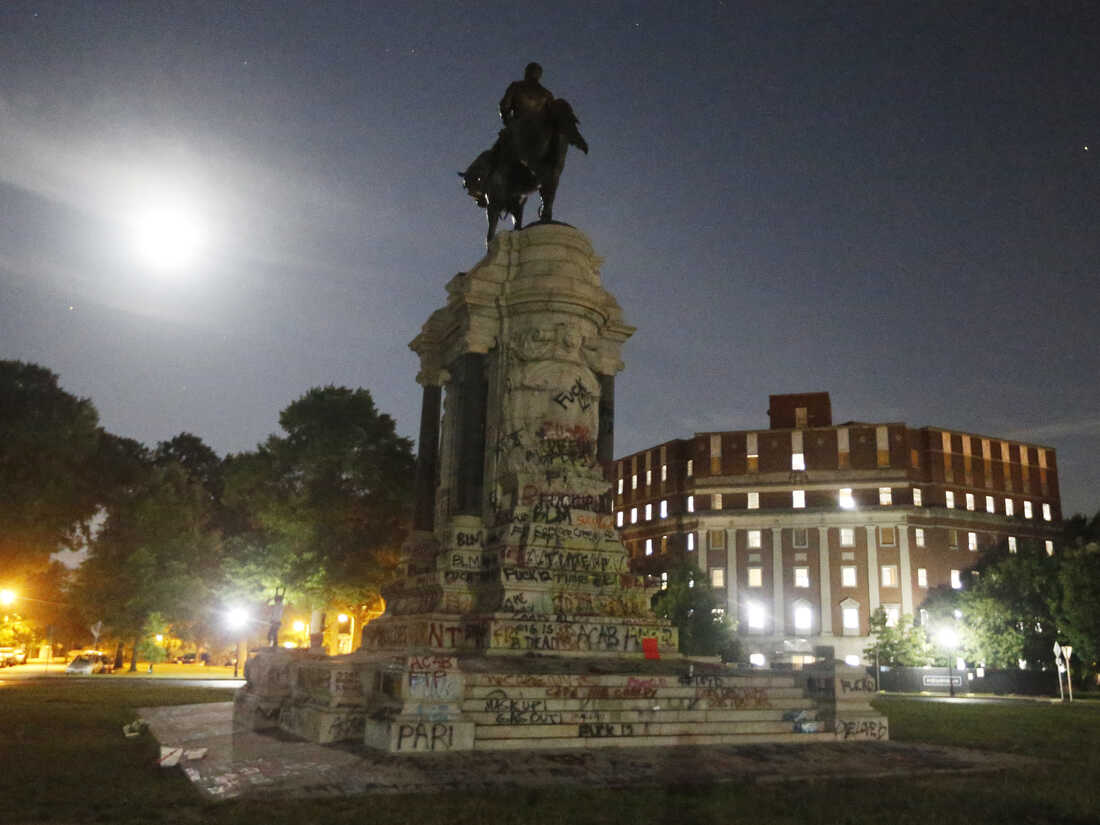 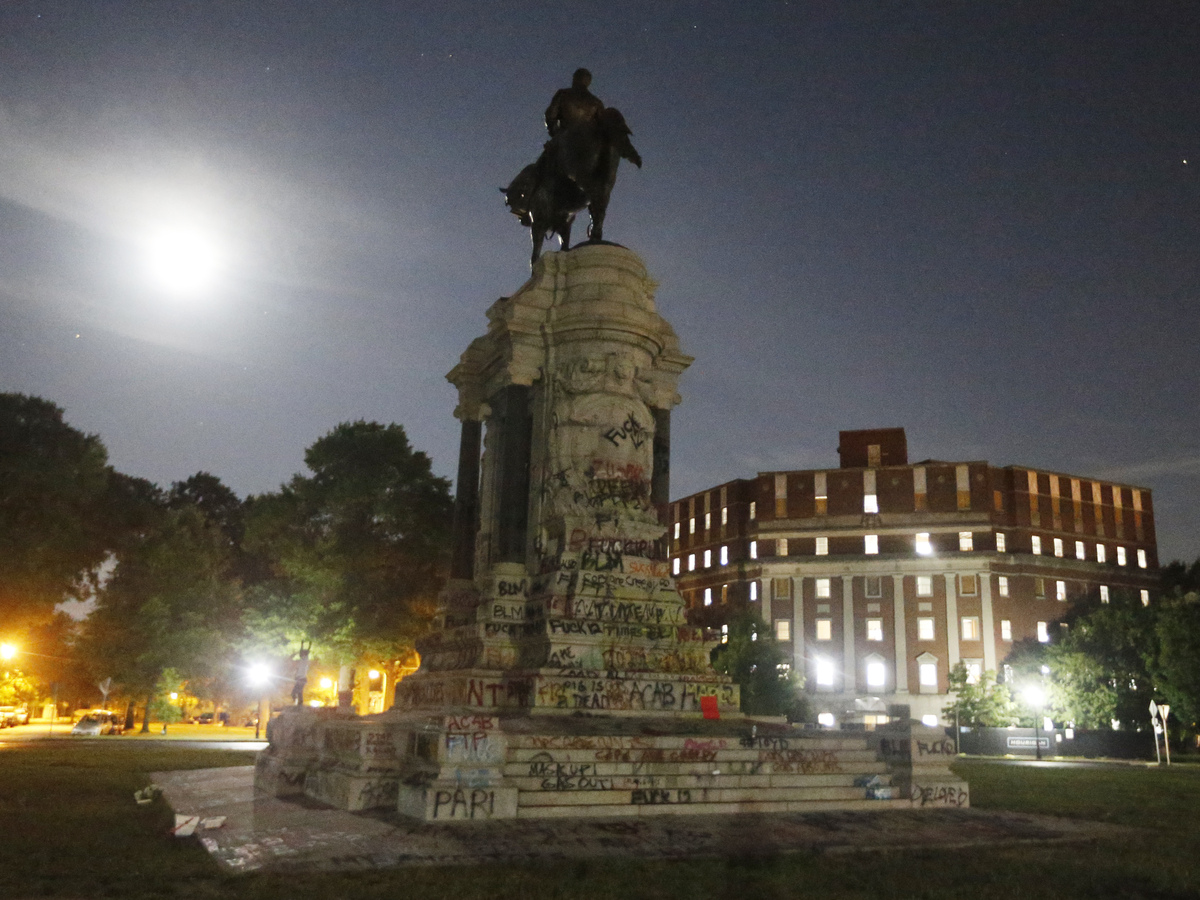 The moon illuminates the statue of Confederate General Robert E. Lee on Monument Avenue in 2020 in Richmond, Va.

RICHMOND, Va. — The Supreme Court of Virginia ruled Thursday that the state can take down an enormous statue of Confederate Gen. Robert E. Lee that became widely seen as a symbol of racial injustice as it towered over Monument Avenue in the state’s capital for more than a century.

The high court’s ruling came in two lawsuits filed by Virginia residents who attempted to block removal of the 21-foot (6-meter) bronze equestrian sculpture, which shows Lee in military attire atop a 40-foot (12-meter) pedestal.

The court found that “restrictive covenants” in the 1887 and 1890 deeds that transferred the statue to the state no longer apply.

“Those restrictive covenants are unenforceable as contrary to public policy and for being unreasonable because their effect is to compel government speech, by forcing the Commonwealth to express, in perpetuity, a message with which it now disagrees,” the justices wrote.

Northam announced his decision to remove the statue in June 2020, 10 days after George Floyd’s death under the knee of a Minneapolis police officer sparked protests over police brutality and racism in cities across the country, including Richmond. The nationally recognized statue became the epicenter of a protest movement in Virginia after Floyd’s death and its base is now covered with graffiti.

Separate lawsuits were filed by a group of residents who own property near the statue and a descendant of signatories to the 1890 deed that transferred the statue, pedestal and land they sit on to the state.

Descendant William Gregory argued that the state agreed to “faithfully guard” and “affectionately protect” the statue. And five property owners argued that the governor is bound by a 1889 joint resolution of the Virginia General Assembly that accepted the statue and agreed to maintain it as a monument to Lee.

During a hearing before the Supreme Court on June 8, attorneys for the plaintiffs argued that the Virginia Constitution does not grant the governor the authority to remove the statue. But Attorney General Mark Herring’s office said a small group of private citizens cannot force the state to maintain a monument that no longer reflects its values.

“Today is an historic day in Virginia. Today, we turn the page to a new chapter in our Commonwealth’s history – one of growth, openness, healing, and hope,” Herring said in a statement Thursday.

Patrick McSweeney and Joseph Blackburn Jr., attorneys for the plaintiffs, could not immediately be reached for comment on whether they plan to appeal the ruling to the U.S. Supreme Court.

A spokeswoman for Gov. Ralph Northam said his office would have comment soon.

It wasn’t immediately clear how soon work could proceed on the removal, a job that will require special heavy equipment. The state has been working on detailed plans that include the extrication of a time capsule thought to be tucked inside the base.

Earlier this summer, Northam’s office said it intended to leave in place the statue’s enormous pedestal, as efforts are underway to rethink the design of Monument Avenue. Some racial justice advocates see the pedestal as a symbol of the protest movement that erupted after Floyd’s killing and don’t want it moved.

The Lee statue was the first of five Confederate monuments to be erected on Richmond’s Monument Avenue, at a time when the Civil War and Reconstruction were long over, but Jim Crow racial segregation laws were on the rise.

When the statue arrived in 1890 from France, where it was created, thousands of Virginians used wagons to help pull it in pieces for more than a mile to the place where it now stands. White residents celebrated the statue of the Civil War hero and native Virginian, but many Black residents have long seen it as a monument that glorifies slavery.

The city of Richmond, which was the capital of the Confederacy for most of the Civil War, has removed more than a dozen other pieces of Confederate statuary on city land since Floyd’s death, which prompted the removal of Confederate monuments in cities across the country.