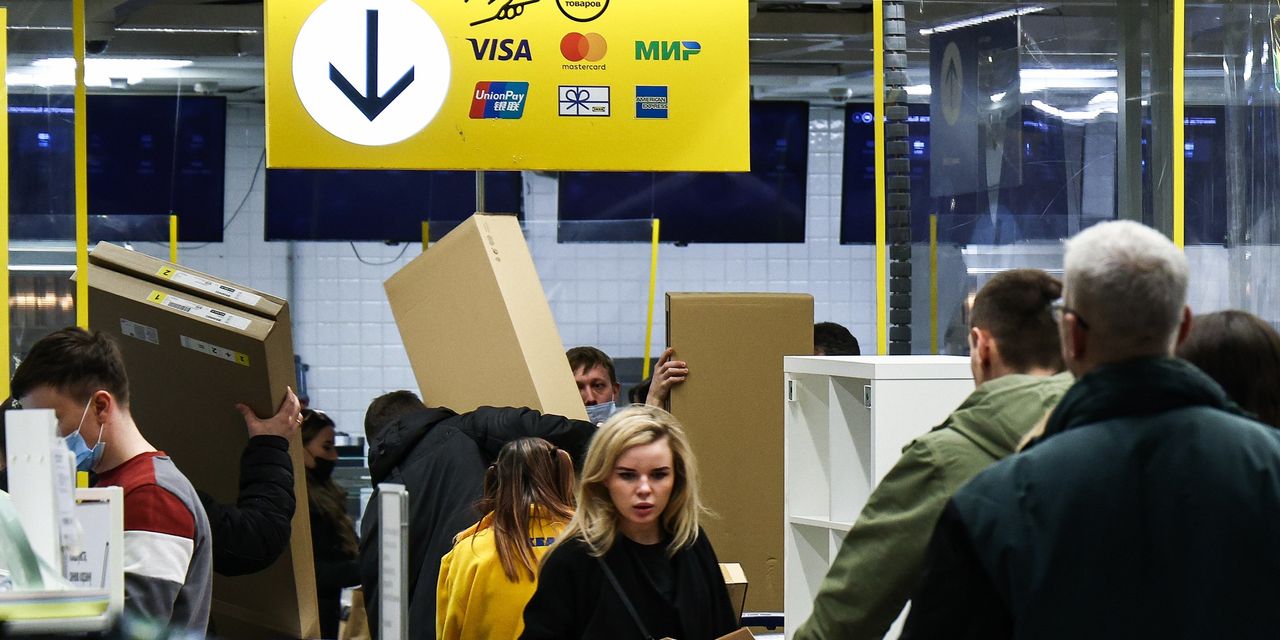 The card networks said earlier this week that they would no longer handle card operations pertaining to sanctioned Russian banks. They are now extending that to all card issuers and merchant processors in Russia.

Russian cardholders won’t likely be able to use their Visa- or Mastercard-branded cards outside the country. “All transactions initiated with Visa cards issued in Russia will no longer work outside the country,” Visa said in a statement.

Western financial institutions have moved rapidly to sever ties with Russia, in some cases going well beyond sanctions on the country’s biggest banks. Their moves have hobbled the country’s economy and cut off Russian citizens and companies from the global financial system.

Among the debit and credit cards issued in Russia, Visa and Mastercard cards accounted for 74% of payment transactions in the country in 2020, according to the Nilson Report, a trade publication.

Visa and Mastercard, the two largest U.S. card networks, have a similar amount of exposure to Russia and Ukraine, which account for roughly $1.2 billion and $1.1 billion of their annual net revenue, respectively.