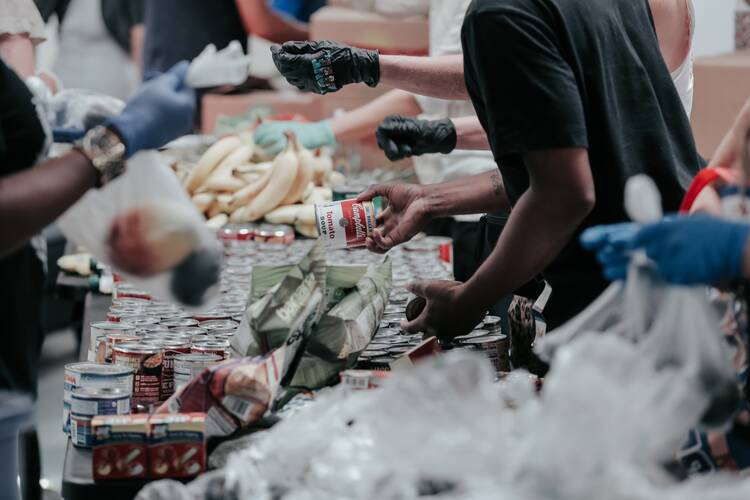 The readings over the past weeks have highlighted characteristics of discipleship, emphasizing humility, wisdom and service. Today we encounter another important quality: generosity. The first reading and the Gospel present two women as models for how to live charitably, selflessly showing kindness to others.

Thirty-second Sunday in Ordinary Time (B)

What can you do to help people in need?

How can the women in today’s reading inspire your life?

Do you use your power and influence in ways that support the common good?

The first reading from 1 Kings describes the prophet Elijah’s interaction with a woman who is a widow. Earlier in the narrative, God provides food and water to Elijah during a drought, as ravens are described bringing the prophet bread and meat. Today’s reading is another example of divine care, and it is mediated through a woman who shares with Elijah. When the prophet asks her for water, she provides it, but when he requests bread, she says that she has nothing available and very few ingredients. He presses her again, stating that she should not be afraid because the jar of meal and jug of oil that she will use for the bread will not be emptied. Indeed, this blessing comes true, as the text says she and her son ate for many days.

A similar example is found in the Gospel reading from Mark. Jesus and the disciples witness people donating to the temple treasury. Many rich people gave large amounts of money. A poor woman who is widowed offered two small coins worth only a few cents. Jesus proclaims that the woman is making a more substantial donation than others who gave larger amounts, since she has given all that she has.

The woman’s generosity is juxtaposed to the behavior of the scribes. In the longer Lectionary reading, which should be preferred, Jesus denounces the actions of scribes who oppress vulnerable populations and “devour the houses of widows” yet recite long prayers. Jesus denounces their faux religiosity, pointing out that a show of devotion cannot make up for their financial exploitation of people in need. Jesus’ strong critique of people misusing power is notable and should remind us of the need to correct corrupt financial systems rather than benefit from them at the expense of the vulnerable.

Widows were often among the poor, with limited resources and opportunities. The biblical tradition affirms the need to care for widows, building in laws to protect them and often depicting a special divine care for women who have lost their husbands. The two women in today’s readings are financially disadvantaged and are surviving in a system that can at times be oppressive towards them, as is highlighted in the reference to widows losing their homes.

Many women in the Bible are presented as minor, nameless characters around whom stories happen. Today’s readings bring women to the foreground for us to see, praise and emulate. They embody the spirit of generosity and care for others, even as they were in need of assistance.

The readings should inspire us to think and act. They should encourage us to assist those in need and approach giving of time and resources with a spirit of openness. The widow who encounters Elijah does not refuse to give him food; rather, she shares her time and resources with him. Likewise, the widow at the temple treasury gives her money despite living in poverty. While Jesus strongly criticizes those who exploit the poor, he speaks even more strongly in praise for the woman who “from her poverty, has contributed all she had.” Jesus does not just treat her as someone to be cared for, but celebrates her generosity in caring for others.