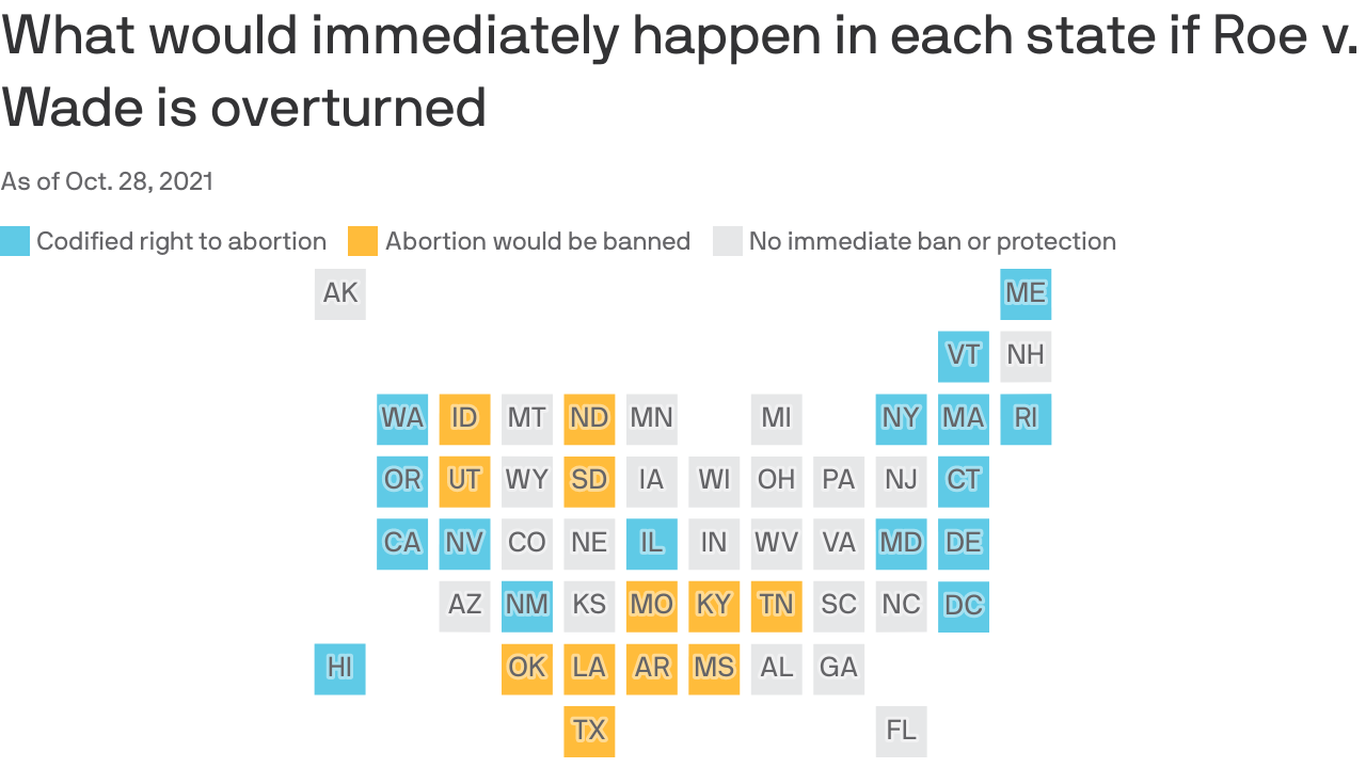 Abortion would immediately become illegal in at least 12 states if the Supreme Court were to overturn Roe v. Wade, and more would likely follow suit quickly.

Why it matters: States have been preparing contingency plans for a post-Roe landscape while state Republicans ramped up efforts to get the landmark ruling overturned. And the future of Roe is on the court’s docket.

Driving the news: The court on Monday will hear oral arguments in two cases challenging a Texas law effectively banning abortions after six weeks of pregnancy. Abortion providers and the Justice Department are both challenging the law.

Where it stands: If the court were to ultimately overturn the precedents that established the constitutional right to an abortion, a patchwork of state laws would govern the procedure.

The other side: At least 15 states and Washington, D.C. have enacted laws that would automatically keep abortion legal if Roe is overturned.

What they’re saying: Overturning Roe would mean that “for the first time in two generations, states can use the democratic process to debate, achieve consensus, and enact laws to protect unborn children and their mothers,” said Mallory Quigley, a spokeswoman for the Susan B. Anthony List, an anti-abortion advocacy group.

Between the lines: While the Texas cases will not be directly addressing whether the high court overturns or weakens Roe and Planned Parenthood v. Casey, the procedural questions they are focusing on could affect how states handle abortion legislation.