What are the signs of transformation? 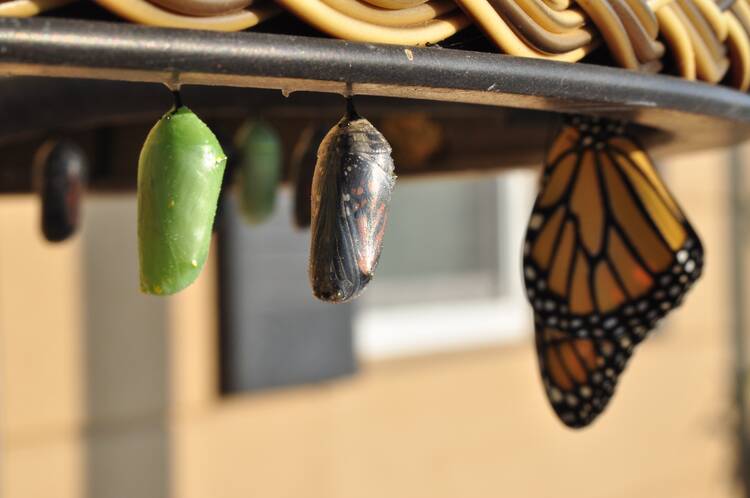 Servant of God Mary Elizabeth Lange transformed the lives of many people, especially Black women and children in Baltimore, Maryland. She founded the Oblate Sisters of Providence, and along with the sisters of her congregation, organized multiple schools, training sites and homes for widows and orphans to provide skills and resources needed to transform lives. Central to Mother Lange’s work was the importance of prayer which inspired and informed the work of her religious community. Mother Lange recognized the importance of prayer and opened her congregation’s chapel to all people, intentionally offering it as a haven for Black Catholics to pray and worship. The Gospel for the Second Sunday of Lent also reminds us of the power of transformation and prayer.

While he was praying his face changed in appearance and his clothing became dazzling white (Lk 9:29).

How can prayer help you to be transformed?

Do you pray often?

What methods of prayer resonate with you?

Today we hear Luke’s account of Jesus’ transfiguration. Luke incorporates prayer into the event, an element which is absent from the accounts of Matthew and Mark. According to Luke, Jesus took Peter, John and James to go pray on a mountain, and while in prayer Jesus was transfigured, his face and clothing changing in appearance. (Matthew and Mark describe the journey up the mountain, but do not highlight prayer as its purpose.) Then, Moses and Elijah appeared in conversation with Jesus, discussing his forthcoming death in Jerusalem.

The transfiguration serves multiple purposes. For Jesus, transfiguration changes him physically and spiritually. The appearance of his face is different, and his clothes gleam brightly. When Jesus encounters Moses and Elijah, he appears in glory speaking with the prophets, and the disciples witness his glory. In biblical tradition, divine glory is associated with overwhelming brightness as a signal of divine presence. Whereas last Sunday we heard about Jesus being tempted which highlighted his humanity, this Sunday, Jesus’ being transfigured emphasizes his divinity.

From the perspective of the disciples, this event would have multiple symbolic meanings. The transfiguration occurs on a mountain, a traditional location of divine encounter. Both Moses and Elijah who are present also encountered God on a mountain, and they are associated with future prophecy and a messianic age. Moses and Elijah are also associated with the law and the prophets respectively, which are fulfilled through Jesus. After Jesus is transfigured, a cloud overshadows the mountain, which is another signal of divine presence, especially associated with Moses’ encounter with God at Mount Sinai.

The transfiguration also echoes other parts of Luke’s Gospel. For instance, during Jesus’ baptism a voice declares Jesus as beloved Son, similar to the language of today’s Gospel with Jesus as chosen Son. Likewise, the posture of the disciples while praying is notable. As they pray, Peter, John and James are “overcome by sleep, but become fully awake” when they see Jesus’ glory. Sleeping during a key moment of prayer occurs again at the end of the Gospel when Jesus prays at the Mount of Olives. Luke is not overly critical of the disciples’ sleeping at that time, interpreting it as a sign of their overwhelming grief of Jesus’ forthcoming death. During the transfiguration, although the disciples appear sleepy, they are awake to witness the divine glory.

When the transfiguration concludes, Moses and Elijah depart, and Jesus leaves with his three disciples, all four having been changed. Their silence points to a personal transformation that is not made public at this time. Luke infuses prayer into this key moment in Jesus’ ministry, highlighting the power of prayer for encounter and revelation. Through prayer, Jesus reveals his glory for the disciples to see, and the presence of Moses and Elijah solidifies where Jesus fits within salvation history. As we continue our Lenten journey, we should look for ways to engage in individual and communal prayer to be transformed and to foster connections with God and one another.