What does it mean to be the ‘light of the world’? 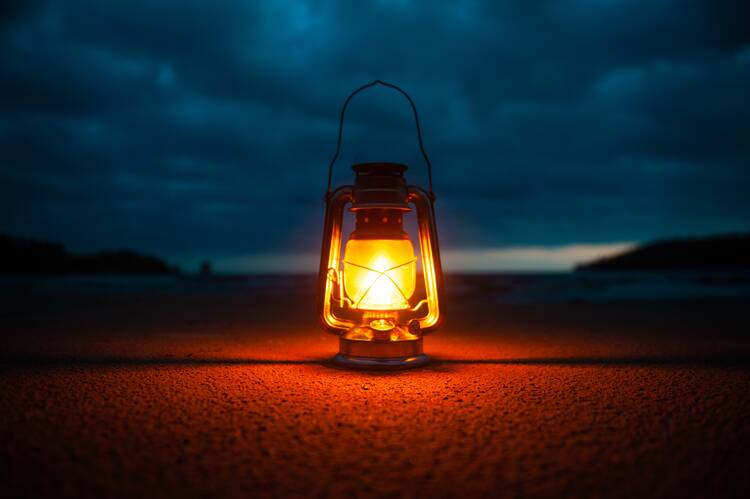 A Reflection for the Memorial of Saint Alphonsus Liguori

“A city set on a mountain cannot be hidden.
Nor do they light a lamp and then put it under a bushel basket;
it is set on a lampstand,
where it gives light to all in the house” (Mt 5:14-16).

At first glance, today’s readings for the memorial of St. Alphonsus Liguori, an 18th-century bishop and doctor of the church, come off as a bit more triumphalist than the average teaching from Jesus. He tells his disciples that they are “the salt of the earth”—though we take it for granted today, salt was a precious commodity in the ancient world—“the light of the world,” “a city set on a mountain.” Is this the same Jesus who says just a few chapters later that “you will be hated by all because of my name” (Mt 10:22)?

The lamp is only valuable in what it illuminates: the page of a book, the face of a loved one.

So which is it: Are Christians to be reviled or highly valued? The answer, at the time of Jesus and today, is both. Think about the nature of salt and light. Salt in and of itself is not worth much. It is meant to bring out the flavor of other foods, not assert itself. If the first thing you notice when you take a bite is the salt, the chef is not doing his or her job. It is likewise the lamp. No one takes great pleasure in staring at a lightbulb. The lamp is only valuable in what it illuminates: the page of a book, the face of a loved one.

And so it should be with Christians. We glorify God not by exalting ourselves as paragons of virtue, but by lifting up our brothers and sisters through quiet acts of service. Jesus was not hated because of his acts of healing or for feeding the hungry; these miracles are what attracted crowds by the thousands. It is the same today; around the world, Catholic charities, hospitals and schools humbly serve the poorest of the poor. They do so not to earn the respect of the world but, in the words of Jesus, “that they may see your good deeds and glorify your heavenly Father.” Still, there is surely no better advertisement for the church than these selfless men and women.

So why then does Jesus say his followers will be hated because of his name? It is not these good deeds that most people are thinking of when they criticize “the church” or attack Christians. No, what inspires the ire of the world is when Christians challenge the principalities and powers of this world—the structures that exclude or oppress the poor, the migrant, the unborn. And we are called to both, in different times and places: prophetic witness in defense of all human life as well as an unassuming service that “gives light to all in the house.”