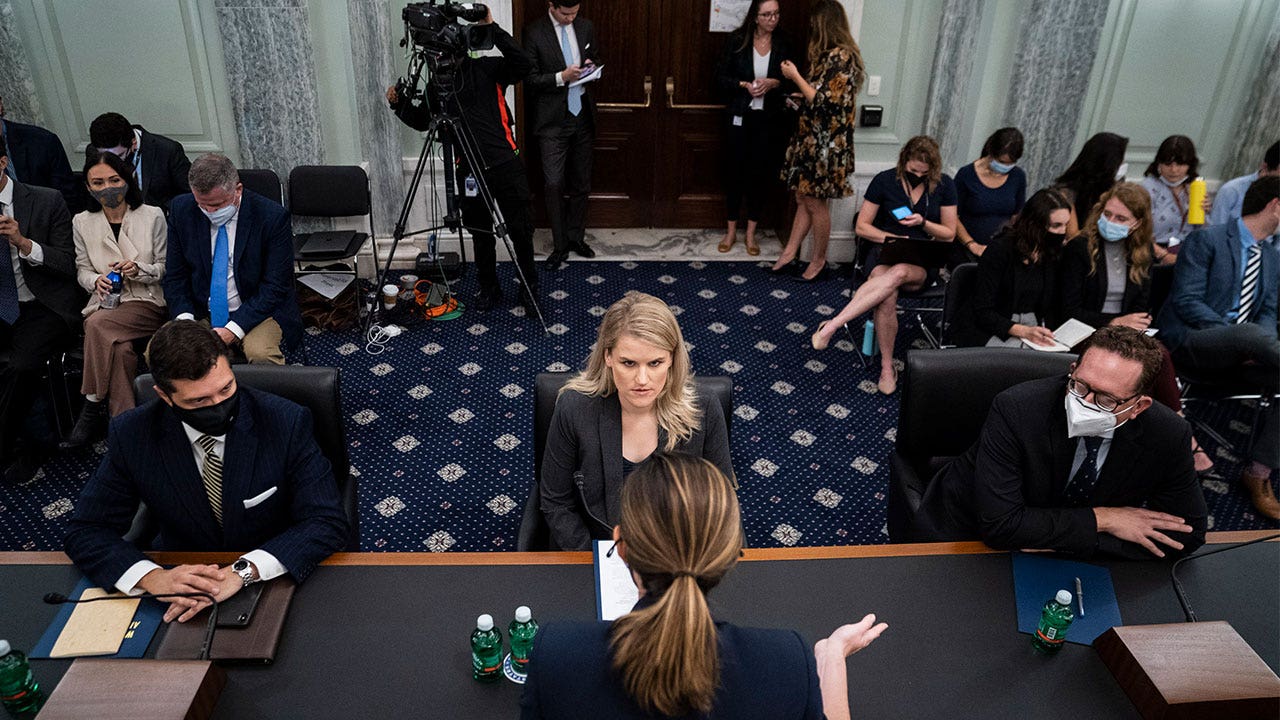 “This is definitely a thing that is happening,” she said during testimony Tuesday. “And I believe Facebook’s consistent understaffing of the counter-espionage information operations and counterterrorism teams is a national security issue.”

When pressed by Alaska Republican Sen. Dan Sullivan about the use of Facebook by U.S. adversaries, Haugen said, “Facebook is very aware that this is happening on the platform.”

“I believe the fact that Congress doesn’t get a report of exactly how many people are working on these things internally is unacceptable because you have a right to keep the American people safe,” she added.

Haugen’s warning about national security implications was just one of the major areas the former Facebook employee flagged for lawmakers.

Haugen asserted that Facebook has not only known its platform causes harm to U.S. security interests and to the well-being of minors using the platform, but that the site allegedly relies on negative interactions to drive engagement.

“The choices being made inside of Facebook are disastrous for our children, for our public safety, for our privacy, and for our democracy,” Haugen said in her opening statement. “I saw Facebook repeatedly encounter conflicts between its own profits and our safety.

“Facebook consistently resolved these conflicts in favor of its own profits,” she added.

FACEBOOK GLOBAL HEAD OF SAFETY DEFENDS PRACTICES: MOST PEOPLE ‘FEEL QUITE SAFE AND SECURE ON OUR PLATFORM’

Haugen said her testimony was not an attempt to shut down Facebook, but rather to push Congress to dive into the complex arena of regulating social media giants.

Democrats and Republicans applauded her testimony and in rare bipartisan fashion agreed more is needed to be done to address growing concerns surrounding the social media network.

Blumenthal also called for the Securities and Exchange Commission, and the Federal Trade Commission to investigate the allegations levied at Facebook.

Facebook’s Global Head of Safety, Antigone Davis, defended the companies practices ahead of the hearing Tuesday.

“Most people really do feel quite safe and secure on our platform, and they’re coming back and using our platform because they do feel safe and secure, and we are doing a good job to get that content off,” Davis said in an interview with MSNBC. “But I do think there are validation systems that people want in place.”