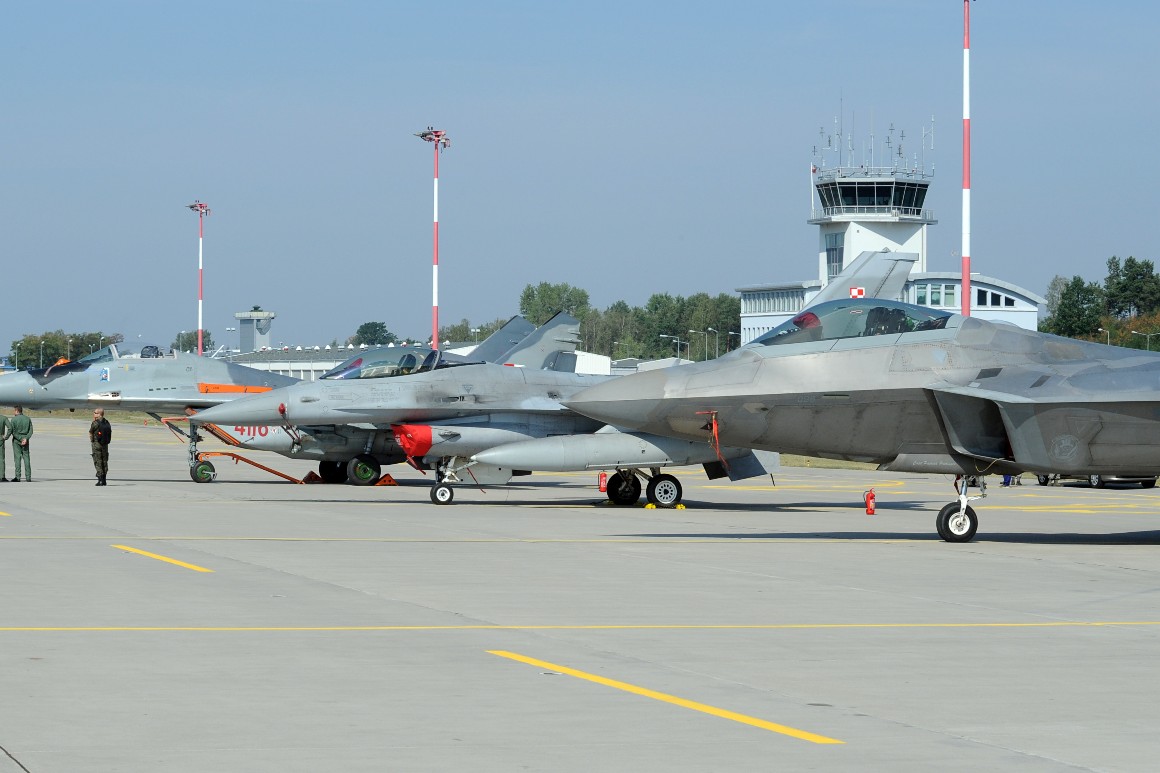 Discussions between Warsaw and Washington are still underway, though authorization for new, replacement fighter jets to Poland could take a long time.

“We are working with the Poles on this issue and consulting with the rest of our NATO allies,” a White House spokesperson told POLITICO. “We are also working on the capabilities we could provide to backfill Poland if it decided to transfer planes to Ukraine.”

Several Eastern European countries like Poland, Bulgaria and Slovakia retain dozens of Russian-made aircraft in their inventories and have been hesitant to give up those planes without guarantees from the U.S. that they could replace them.

Poland has been modernizing its aircraft fleet since 2006, when it first started flying F-16s, and in 2020 signed a $4.6 billion deal for 32 F-35s, the first of which will arrive in 2024, making those older Russian-made planes expendable.

The issue of sending aircraft into the fight is more complex than the effort underway by over two dozen European countries to send anti-armor and anti-air defensive weapons to Ukraine. A steady stream of U.S. and British military planes have been landing in Poland in recent days filled with those missiles, along with other munitions, rations, and small arms and ammunition.

Over the past several weeks the U.S. has sent 12,000 troops to Europe to backstop nervous allies along NATO’s Eastern front, the majority of which went to Poland to join the 4,000 U.S. troops already stationed there. The troops are conducting training missions with the Polish military, and could be called on to assist with a humanitarian emergency if the flood of war refugees overwhelms Polish and E.U. authorities.

The White House has “in no way opposed Poland transferring planes to Ukraine,” the spokesperson added, pointing out how difficult an operation it would be to get the planes into Ukraine. Russian officials have pledged to attack any convoys carrying weapons entering the country.

The issue of transferring American F-16s to Poland is a complex one, given the sensitive avionics on American planes that may not always be legal to transfer overseas.

After Zelenskyy’s impassioned Zoom call with senators on Saturday, during which he urged the U.S. to send planes, drones and Stinger missiles to Ukraine and impose oil sanctions on Russia, Sens. Rob Portman (R-Ohio) and Jeanne Shaheen (D-N.H.) sent a letter to President Joe Biden throwing their full support behind backfilling Poland with F-16s if they were to hand over their Russian planes, saying they would work to ensure there was funding to finance the transfer.

The on-again, off-again effort to get MiGs into Ukraine started last weekend, when European Union security chief Josep Borrell made the startling announcement that several countries would soon ship fighter jets to the border for transfer to Ukraine’s armed forces.

Ukrainian officials told POLITICO at the time that several of their pilots had already arrived in Poland for the handoff, but the deal stalled out. Bulgaria and Slovakia also rejected the idea, and the Ukrainian pilots left empty-handed.

The U.S. has already shipped $240 million of the $350 million in military assistance Biden approved recently, with the rest expected to arrive in the coming days.