Why Donald Trump’s rally Saturday in Iowa is different – NPR 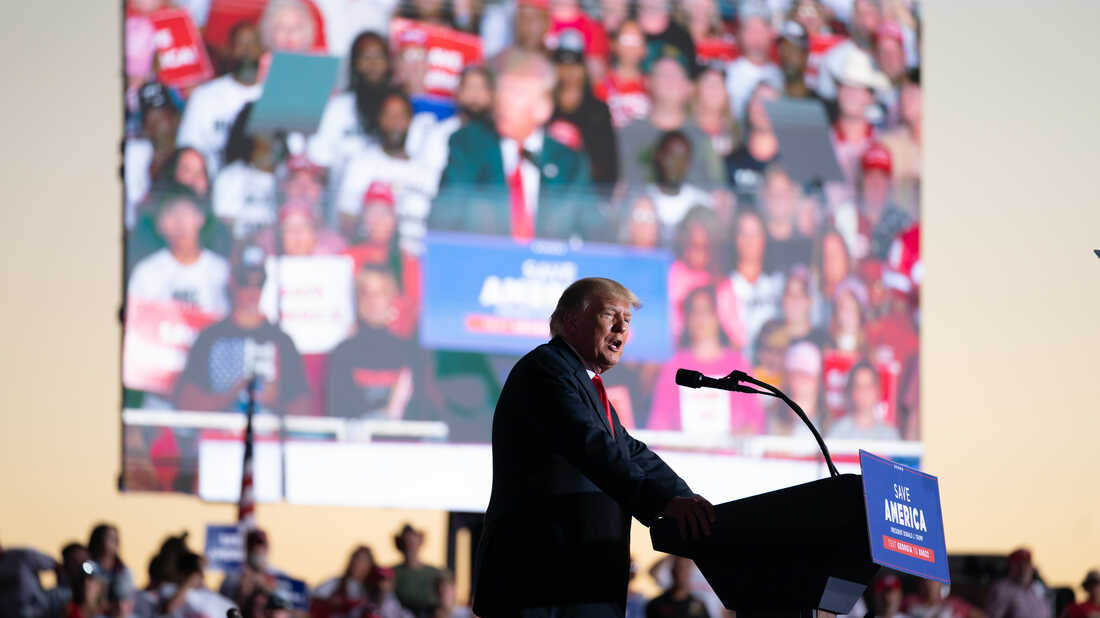 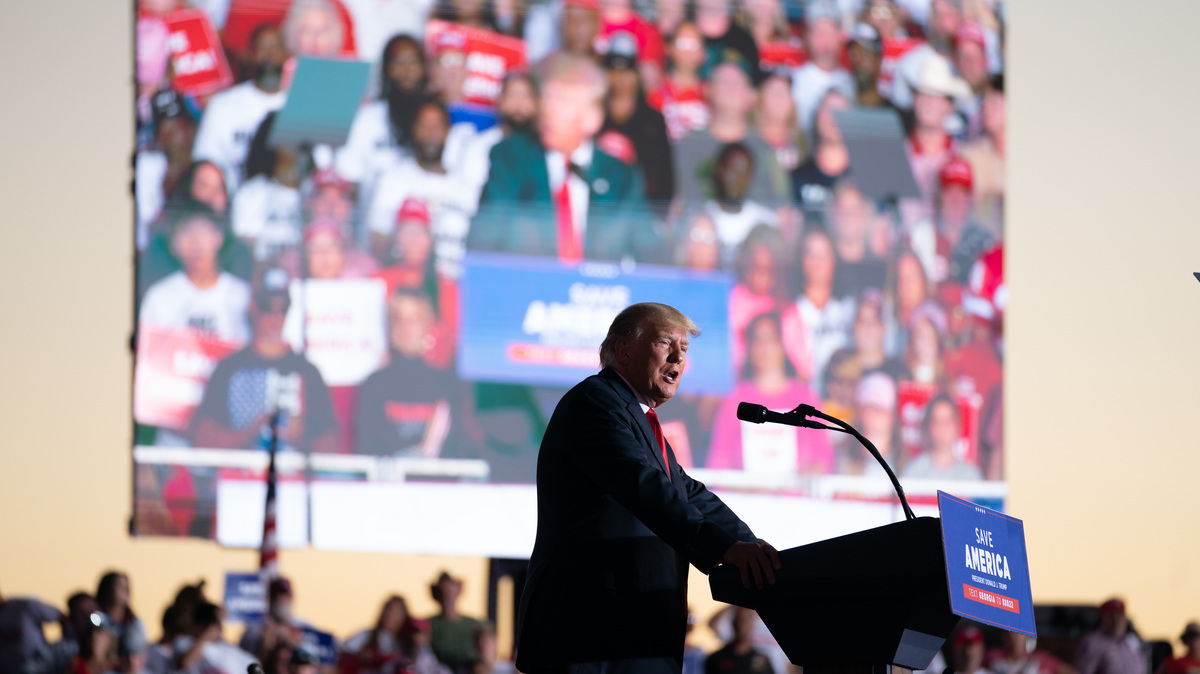 Former President Donald Trump speaks at a Sept. 25 rally in Perry, Ga. He holds a rally in Iowa Saturday night.

There always seems to be someone testing the presidential waters in Iowa.

Coming to the early presidential nominating state this far ahead of the contest is about meeting voters and laying the groundwork for a potential campaign.

But what’s happening Saturday night is unprecedented: Former President Donald Trump, who just lost reelection and is now teasing another run, is holding a large rally at the Iowa State Fairgrounds in Des Moines.

The latest Iowa Poll, published this week in the Des Moines Register, says Trump is more popular in the state after leaving office. Pollster J. Ann Selzer says Trump remains very popular with Republicans, and has made recent gains with independents.

“From March it was 45/53 — so a majority of independents saying they had an unfavorable opinion of former President Trump,” she said. “In this poll, it was 48/49. So he’s evened out the edge that was there as a problem with independent voters in Iowa.”

The former president boasted about those numbers in an email to supporters this week.

And his political action committee recently hired a couple of Iowa advisers.

“It doesn’t mean they’re not testing the waters,” Bardwell said. “But I don’t think people want to go through the amount of work it would take to build the infrastructure and get, you know, the donations lined up, ready to go, if they know that in a few months he’s just going to drop his hat in the ring anyway.”

Baseless claims about the 2020 outcome

Trump’s trip to Iowa brings up another thing that’s unprecedented: the false claims he’s pushing about the 2020 election being stolen. There is no evidence of widespread voter fraud, but Iowans are asking about it at town halls.

At one last month for Grassley in rural western Iowa, a man in the back of the crowded room told the senator he doesn’t trust the outcome of the election.

“I feel in my heart that there was a lot of cheating going on,” the man said.

Bardwell says misinformation has taken hold in the GOP.

“You can’t put the genie back in the bottle, in terms of once this accusation is unleashed,” he said. “And once it’s believed by a large percentage of the Republican base, there’s kind of no going back at that point. Mainly because kind of the psychological dynamics of misinformation are such that at that point, people will just find and then rationalize the position that they already have.”

Trump’s lies about 2020 haven’t dissuaded Iowa Republicans from wanting to appear with him.

That includes Iowans who are up for reelection next year. Both Grassley and Gov. Kim Reynolds are slated to speak ahead of him at Saturday night’s rally.