Will Pope Francis get a booster Covid shot? Vatican says it’s up to him to decide. 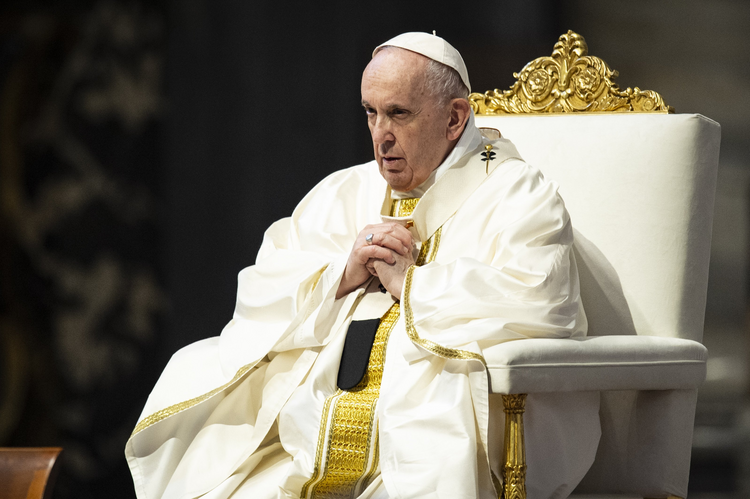 VATICAN CITY (RNS) — While Catholic U.S. President Joe Biden received his third shot of the COVID-19 vaccine, experts at the Vatican on Tuesday considered the ethics of such “booster shot” distribution in wealthy countries when many in other parts of the world have yet to receive the first dose.

Archbishop Vincenzo Paglia, who heads the Pontifical Academy for Life, told journalists on Tuesday that the inequality of vaccine distribution is “a double injustice,” because it highlights not only the lack of appropriate COVID-19 immunization in poorer countries but also, by focusing solely on the pandemic, it ignores the many other health and social issues in developing countries.

Asked about whether Pope Francis will receive a booster shot of the vaccine, Paglia said it will be up to the pope to decide. “I hope that the third dose quickly becomes available at the Vatican,” he added, “also because I’m 76 years old!”

Asked about whether Pope Francis will receive a booster shot of the vaccine, Paglia said it will be up to the pope to decide.

Almost every Vatican citizen has received two doses of the vaccine. Speaking to reporters on the return flight from his apostolic visit to Hungary and Slovakia, Francis said only “a small group” has yet to receive the vaccine, and they “are studying how to help them.”

Starting Oct. 1, the small city state will require a “green pass” for people wishing to enter, certifying they have either been vaccinated, tested negative for COVID-19 or recovered from the disease. Pope Francis and Emeritus Pope Benedict XVI have received both doses of the vaccine, and the Vatican has launched several initiatives to promote and distribute vaccines, especially for the poor.

“In the United States and the worldwide body of science it appears that the vaccine effectiveness may begin to drop off after six or eight months, and, in order to improve one’s immunity, a booster shot is recommended,” said Dr. David Barbe, president of the World Medical Association, who was also present at the Vatican press conference on Tuesday.

While not wanting to say whether the pope himself should receive a booster shot of the COVID-19 vaccine, Barbe noted a booster shot is recommended for the elderly over 60 and 65 and for those living with chronic illnesses, such as diabetes or lung disease.

Pope Francis is 84 years old and had part of his lung tissue removed as a result of an infection he suffered in his youth. In mid-July, the pope was hospitalized for a scheduled colon surgery that kept him in the recovery ward for 11 days.

The ethics of booster shot distribution in some parts of the world while many poorer countries still struggle to administer the first dose of the vaccine is at the heart of the debates currently surrounding the pandemic, Barbe said.

The ethics of booster shot distribution in some parts of the world while many poorer countries still struggle to administer the first dose of the vaccine is at the heart of the debates currently surrounding the pandemic.

“Much effort and many resources have been put toward this already. They have not yet been completely successful,” he said, adding that, while it is understandable each country focuses on protecting its own citizens, “there is an excess of vaccines in the more affluent countries,” which he said could be distributed to poorer countries.

The Vatican has been actively involved in the efforts at the World Trade Organization and World Health Organization to waive vaccine patents in order to allow research facilities around the globe to manufacture their own vaccines. Members of Catholic organizations have also reached out to the Biden administration to promote the waiver of vaccine patents.

The press conference came amid a Sept. 27-29 summit of religious and scientific experts at the Vatican on “Pandemic, Bioethics, Future: Public Health in Global Perspective,” organized by the Pontifical Academy for Life.

Speaking at the Vatican conference on Monday, the pope emphasized his hope that there “will always be a free health care system,” praising Italy and other countries with public health care, which “helps overcome inequalities.” In his speech, Francis invited people not to forget that in some countries the pandemic is a secondary problem compared to lack of clean water and food.

In his speech, Francis invited people not to forget that in some countries the pandemic is a secondary problem compared to lack of clean water and food.

“I welcome a commitment for an equal and universal distribution of vaccines — this is important,” Pope Francis said, “but keeping in mind the wider context that requires the same criteria of justice, from health needs to the promotion of life.”

Paglia echoed the pope’s words at the press conference, stating, “It is necessary to overcome not only the vaccination divide but also the unequal access to public health, removing barriers such as the lack of facilities and managing more wisely the resources for treatment.”