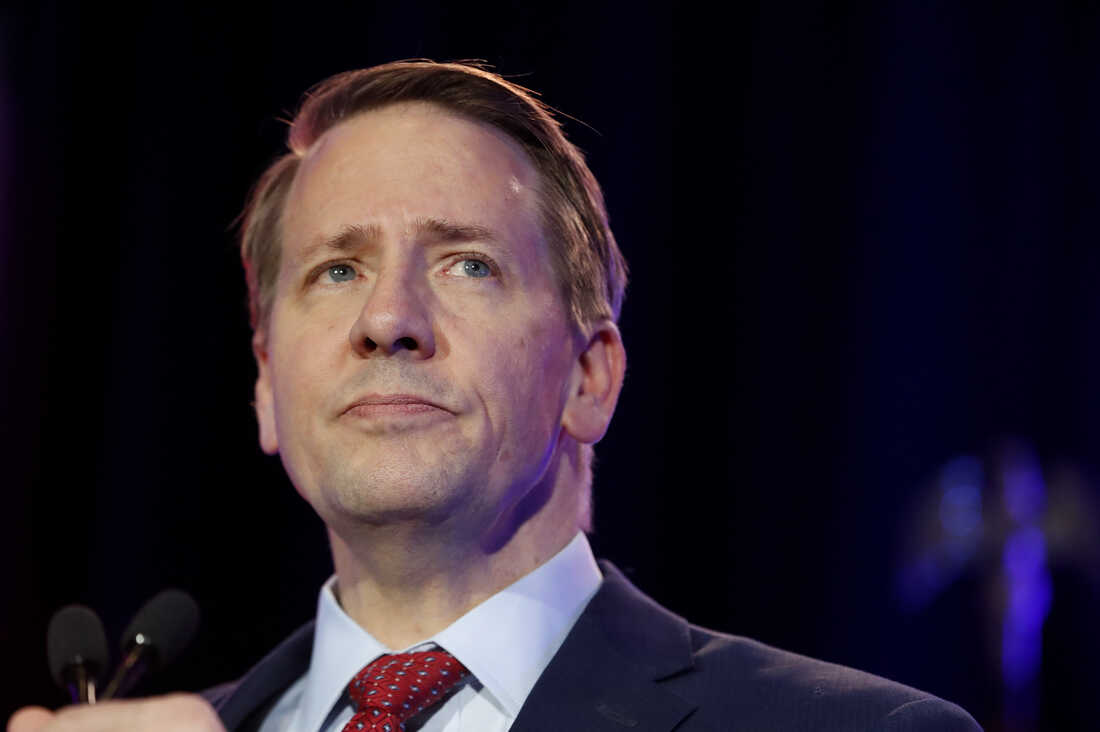 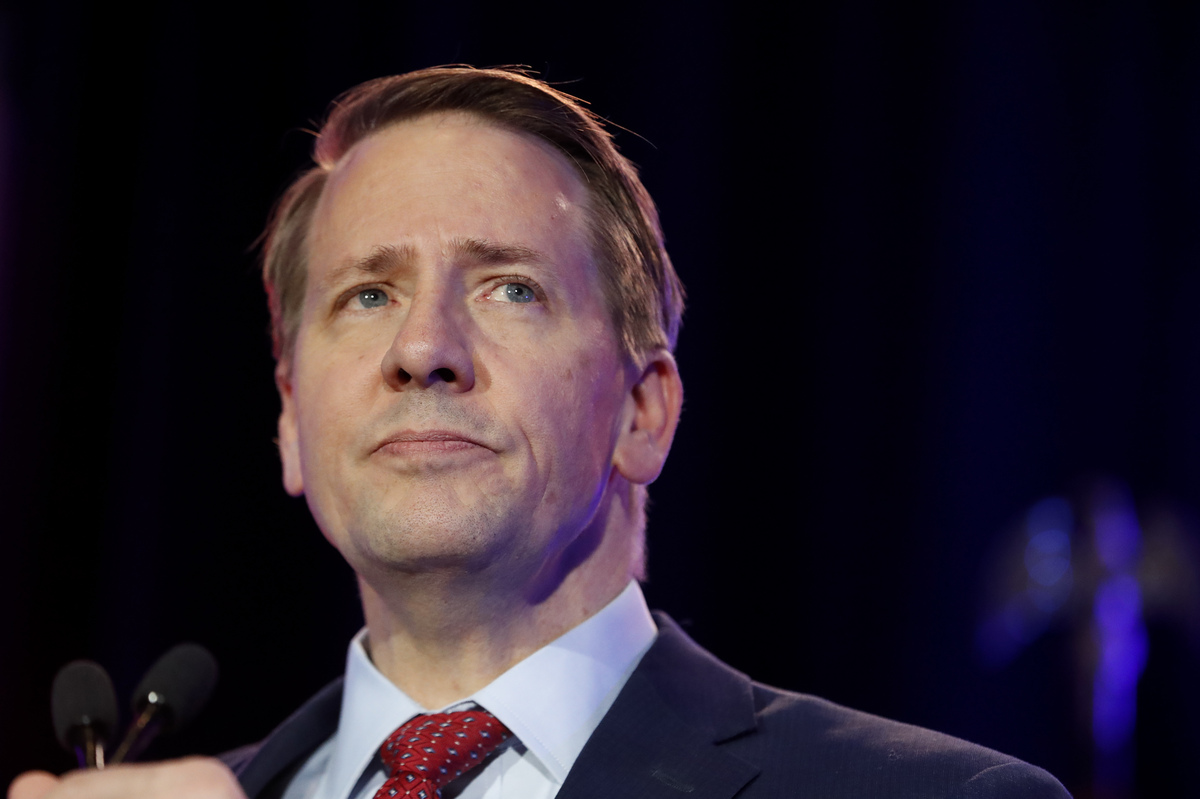 Richard Cordray is the chief operating officer for the office of Federal Student Aid.

Student borrowers, take note. In testimony before a House subcommittee, the head of the office of Federal Student Aid told lawmakers that his agency is preparing for federal student loan repayments to resume early next year.

Richard Cordray, FSA’s Chief Operating Officer, oversees the federal student loans of roughly 43 million borrowers. In a hearing Wednesday that ran just over three hours, he shared new details about those plans to resume repayment, his agency’s handling of the Public Service Loan Forgiveness program, the possibility of broader loan forgiveness — and about whether he would hold executives liable for the collapse of colleges that defrauded students.

Here’s a rundown of what Cordray said, what he tried not to say, and why it matters.

Borrowers will have to resume student loan payments soon

Because of the pandemic, Congress and the U.S. Department of Education paused interest and repayment requirements for borrowers with federal student loans back in March 2020. Now, a year and a half later, Cordray told lawmakers those payments will resume as early as January 31, 2022.

“We know this will not be an easy transition,” Cordray told lawmakers in his opening remarks. “This is a defining moment for FSA, and it’s crucially important for millions of Americans that we succeed.”

The core of FSA’s plan to restart loan payments, Cordray said, “is clear communication, quality customer service, and targeted support for those having trouble making their payments.”

One of the biggest challenges Cordray and FSA face is accommodating borrowers who have lost work during the pandemic and will need help adjusting their payments. For help navigating this return to repayment, check out this FAQ.

Perhaps the biggest question Cordray faces these days is whether the Biden administration will pursue the kind of broad student loan forgiveness championed by Senator Elizabeth Warren, D-Mass. During Wednesday’s hearing, lawmakers asked Cordray if he would support a policy to forgive $10,000 in federal student loan debt for every borrower. Cordray’s answer?

A bureaucratic bob and weave: “That’s a policy decision. I have an operational job.”

“Alright, so you don’t have a personal preference,” replied Republican Congressman, Dr. Greg Murphy, of North Carolina. “If the President said ‘Everybody gets $10,000 dollars off,’ you’d just do your job and implement it, correct?”

“I think if that were the decision, it would benefit many, many borrowers who are otherwise in trouble,” Cordray responded, “but it is not my decision to make.”

Cordray also ducked a question from Democratic Rep. Frederica Wilson of Florida, who asked about a memo, reportedly being drafted by the Education Department, explaining whether President Biden has the legal authority to discharge federal student debts.

“That’s a matter for the White House to determine,” Cordray said, “obviously not for me.”

The Public Service Loan Forgiveness program is being fixed, slowly

Earlier this month, the Biden Administration announced that it is overhauling the troubled Public Service Loan forgiveness program, which promised federal student loan forgiveness for borrowers who work 10 years in public service. Its poor management and confusing rules have left many borrowers in the cold.

Wednesday, Cordray said the overhaul is “game-changing” for hundreds of thousands of borrowers while acknowledging “there’s an awful lot of work to do to make that announcement into reality.”

Courtney said he’s already hearing from constituents who complain, when they ask for help, their servicers say they “don’t have the guidance to implement the PSLF changes.”

Borrowers have shared similar stories with NPR. Several say they’ve called their servicers since the overhaul announcement, believing they now qualify for forgiveness, and asked, “What do we need to do?” But they were told, essentially: “We don’t know yet.”

One borrower told NPR, when she called to ask about her eligibility for this new PSLF waiver, her servicer “was about as useless as a chocolate teapot.”

Followed instructions provided by @fafsa & resent my PSLF form; got a letter saying I’m ineligible b/c I made my payments before consolidation (which doesn’t matter under new rules). Called @MyFedLoan; they said they don’t have updated guidance from DOA. BLARGH. Trying tweets! https://t.co/QXKFOvo7sm

“We’ve heard some of the same things you’ve heard,” Cordray admitted to lawmakers, “and we want to get these things sorted out as quickly as possible.”

But he also urged patience, saying “we’re operating in real time here. It’s been a matter of days since the [Education] Secretary’s announcement. And we want to make sure people have the right guidance here, and sometimes the quick is the enemy of the good.”

Cordray’s bottom line, though: “We do intend — and we will — deliver on the announcement that was made and get relief to people.”

If you’re a public service borrower eager for clarity, check out this handy thread:

If you work in public service, have federal student loans and are confused about changes to the Public Service Loan Forgiveness program, THIS is for you… pic.twitter.com/Ah1aRexOcL

If you ran a failed, predatory school, you might be held liable

One of the most interesting moments in Wednesday’s hearing could signal a big policy shift.

Rep. Bobby Scott, the Democratic Chairman of the House education committee, reminded Cordray that the Education Department has the authority to hold executives liable for financial costs when a school defrauds students and collapses. But the Department has been loathe to use it, even in the high-profile failures of Corinthian Colleges and ITT Technical Institute.

This is a big issue for Scott, who sent Education Secretary Miguel Cardona a letter in August and convened a hearing in March, where Dan Zibel, of Student Defense, laid out the legal case for holding executives personally liable. On Wednesday, Scott again urged Cordray to embrace the idea as “a deterrent” to prevent future fraud.

Keep in mind, this is a controversial idea. But, unlike Cordray’s muted responses to some of the hearing’s other controversial questions, this time he was forthcoming.

“We see eye to eye on this,” Cordray told Scott. “We absolutely agree. More needs to be done to prevent people from abusing these student aid programs.”

“We agree on the direction here,” Cordray continued, “and I thought [your letter] was a good bit of a kick in the behind for us to make sure we’re moving down the road on this. And we will.”

With those three words, Cordray forcefully embraced a policy that is likely to send a shudder through the for-profit college space.