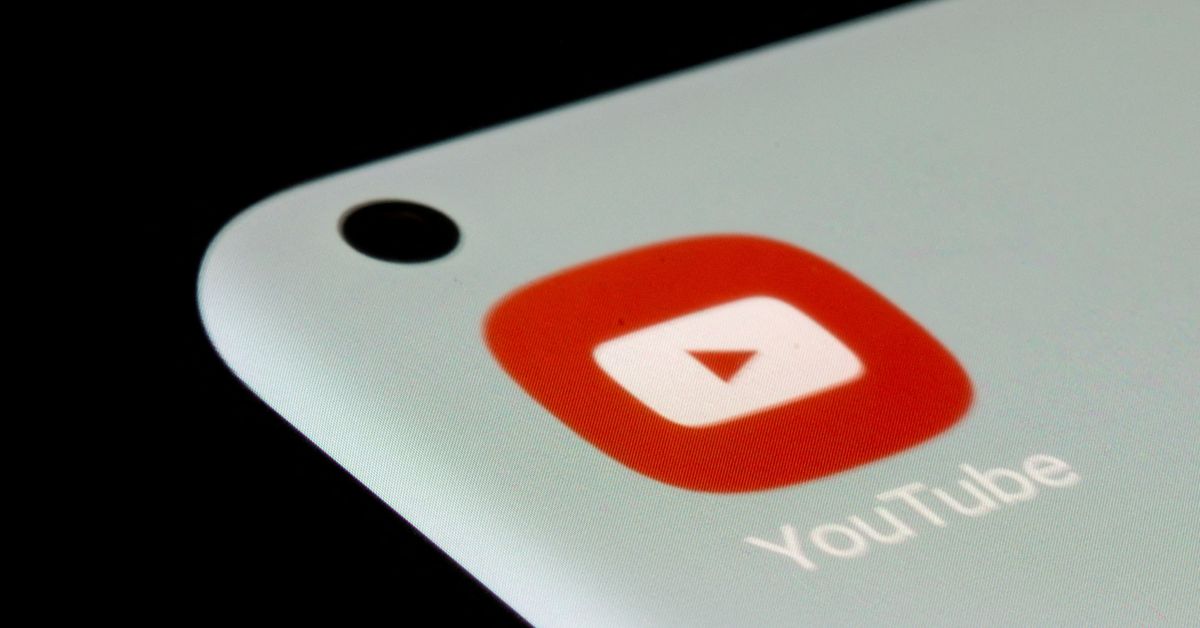 YouTube app is seen on a smartphone in this illustration taken, July 13, 2021. REUTERS/Dado Ruvic/Illustration

Feb 26 (Reuters) – YouTube on Saturday barred Russian state-owned media outlet RT and other Russian channels from receiving money for advertisements that run with their videos, similar to a move by Facebook, after the invasion of Ukraine.

Citing “extraordinary circumstances,” YouTube said that it was “pausing a number of channels’ ability to monetize on YouTube, including several Russian channels affiliated with recent sanctions” such as the European Union’s. Ad placement is largely controlled by YouTube.

The EU on Wednesday announced sanctions on individuals including Margarita Simonyan, whom it described as RT’s editor-in-chief and “a central figure” of Russian propaganda.

Videos from the affected channels also will come up less often in recommendations, YouTube spokesperson Farshad Shadloo said. He added that RT and several other channels would no longer be accessible in Ukraine due to a Ukrainian government request.

RT and Simonyan did not respond to requests for comment. YouTube declined to name the other channels it had restricted.

For years, lawmakers and some users have called on YouTube, which is owned by Alphabet Inc’s (GOOGL.O) Google, to take greater action against channels with ties to the Russian government out of concern that they spread misinformation and should not profit from that.

Russia received an estimated $7 million to $32 million over the two-year period ended December 2018 from ads across 26 YouTube channels it backed, digital researcher Omelas told Reuters at the time.

YouTube previously has said that it does not treat state-funded media channels that comply with its rules any differently than other channels when it comes to sharing ad revenue.

Meta Platforms Inc (FB.O), owner of Facebook, on Friday barred Russian state media from running ads or generating revenue from ads on its services anywhere in the world. read more