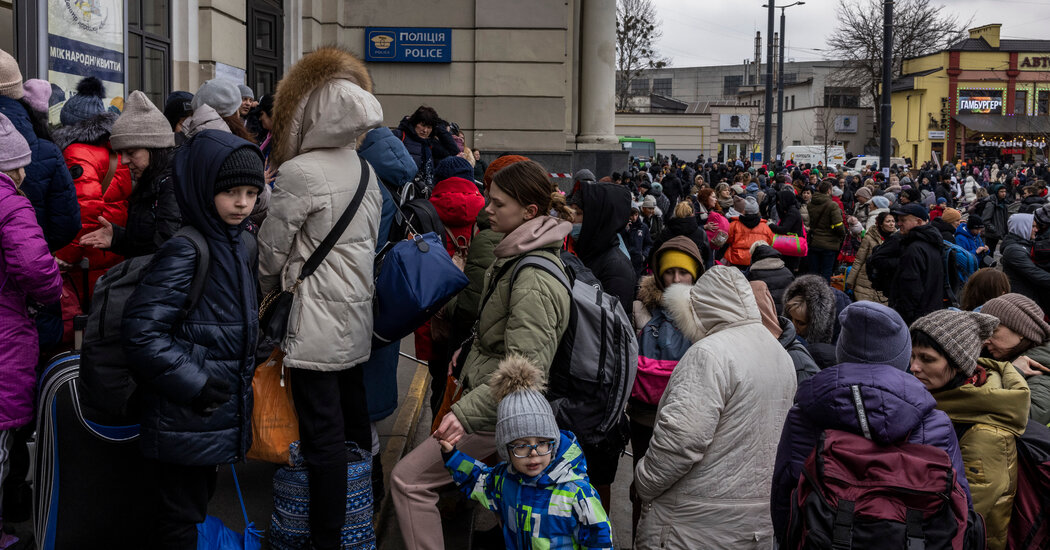 President Volodymyr Zelensky of Ukraine criticized NATO late Friday night over its rejection of a no-fly zone, hours after the alliance announced it would not intervene by air or land for fear of creating a conflict with Russia that could spill into other parts of Europe.

Leaders of the alliance met Friday in Brussels, after which NATO’s secretary general, Jens Stoltenberg, said its members had rejected any possibility of intervening against Russian forces. Ukrainian officials had called for a no-fly zone, but NATO leaders have resisted, worried about a larger war. President Vladimir V. Putin of Russia, announcing the invasion last month, warned other countries against interfering.

“We have a responsibility as NATO allies to prevent this war from escalating beyond Ukraine,” Mr. Stoltenberg said on Friday. “So we have made it clear that we are not going to move into Ukraine, neither on the ground or in Ukrainian airspace.”

Creating a no-fly zone over Ukraine would require deploying NATO fighter planes and possibly “shooting down Russian planes,” Mr. Stoltenberg said. That, he warned, could lead to “a full-fledged war in Europe, involving many more countries and causing much more human suffering.”

Mr. Zelensky, speaking in a video shared on social media, criticized that decision, calling the summit “weak” and “lost.” He said that Russian troops were shelling civilians, residential areas, churches and schools, and that the decision not to create a no-fly zone “gave a green light” to more bombardment.

Mr. Zelensky has used video speeches, many released late at night over social media, to try to rally Ukrainians as well as support from abroad. While he has celebrated the major sanctions imposed by the United States and the European Union on Russia’s financial system and leaders, he has also repeatedly called on European leaders to provide additional military support.

About 20 countries, many of them members of NATO and the European Union, are funneling arms into Ukraine for its forces to use against Russia. NATO is also moving military equipment and as many as 22,000 more troops into member states bordering Russia and Belarus, to reassure them and enhance deterrence.